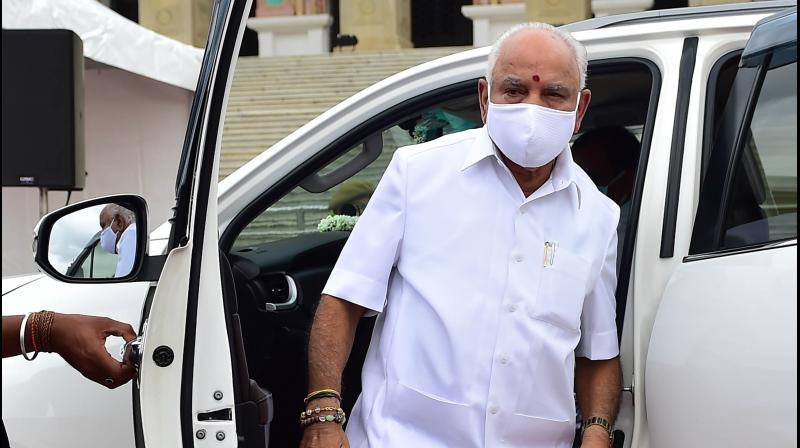 Kalaburagi: Karnataka Chief Minister BS Yediyurappa said on Thursday that the long-awaited expansion of his cabinet will be discussed during his visit to New Delhi, where he will also meet with Prime Minister Narendra Modi and central ministers regarding the development of the ‘State.

The chief minister, who was in the city to participate in the Kalyana Karnataka Utsav program, left for Delhi. “I’m going straight to Delhi from here, I’ll be there tomorrow and the day after tomorrow. Prime Minister gave time, seven to eight ministers (Union Ministers) also gave time (to meet ),” Yediyurappa said.

Speaking to reporters here, he said during the visit that he would hold talks regarding the expansion of the cabinet and the development of the state. “I will meet relevant ministers and the prime minister…I will return to Bangalore on September 19,” he added.

During the visit, Yediyurappa is expected to meet with key BJP leaders including the party’s national chairman, JP Nadda, during which the discussion on expanding the cabinet is expected to take place, party sources said.

Expanding or reshuffling the cabinet is expected to be a tightrope walk for the 77-year-old leader, given too many aspirants.

While several members of the old guard are waiting for a chance to be inducted into the ministry, those who left Congress and JD(S) like AH Vishwanath, R Shankar and MTB Nagaraj who are now BJP MLCs are also yearning for the slot machines. .

The cabinet currently has 28 members and six positions are still vacant. There is also strong speculation about the possible leadership change in the future, given Yediyurappa’s age.

However, he was rejected by senior party leaders like his state president, Nalin Kumar Kateel, minister R Ashoka among others.

Flood relief, state-related development projects and GST compensation are the main issues likely to feature in the Chief Minister’s meeting with the Prime Minister and Central Ministers.

Karnataka has estimated the loss from the recent floods at around Rs 8,071 crore and is seeking increased relief from the Centre. The BJP has ruled that Karnataka has opted for the first of two borrowing options provided by the central government, to meet the GST revenue shortfall, under which the state will be eligible for full compensation of Rs 18,289 crore.

Yediyurappa’s trip to Delhi comes ahead of the September 21-30 monsoon session of the state legislature, during which the opposition moved to corner the government on flood and COVID handling, the financial situation of the state, among others.