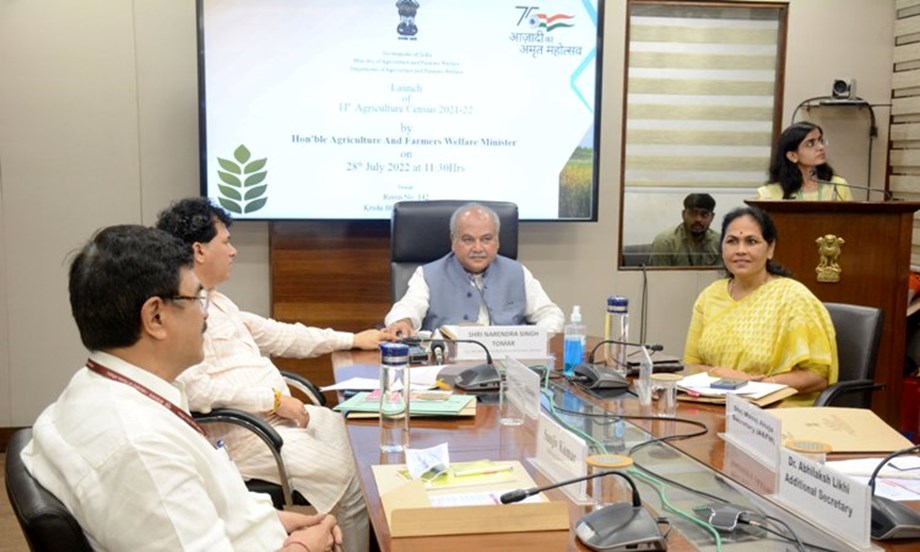 The Eleventh Agricultural Census (2021-22) was launched in the country today by the Minister of Agriculture and Union Farmers’ Welfare, Shri Narendra Singh Tomar. Speaking on the occasion, Shri Tomar said that this calculation will bring huge benefits in a vast agricultural country like India. Shri Tomar said that under the leadership of Prime Minister Shri Narendra Modi, the focus was on increasing farmers’ incomes. In addition, we must change their standard of living, organize small farmers to empower them, attract them to profitable crops and ensure production quality at the level of world standards.

During the broadcast, Shri Tomar conveyed her greetings for the agricultural census and said that the agricultural sector is reaping the fruits of the concrete steps taken by Prime Minister Modi, and the country is moving rapidly towards the digital farming. Now is the time to make full use of technology in this calculation. He said the agricultural census should be viewed from a broader perspective. Agricultural calculations can also contribute to the mapping of crops so that the country derives its benefits. Shri Tomar called on central departments, state governments and related institutions to carry out this census with full dedication.

During the technical session, the main features of the agricultural census implementation procedure, the web portal and the mobile application were presented. New initiatives highlighted in the presentation include the use of digital land records such as land title records and survey reports, data collection via app/software using a smartphone/tablet, counting of all villages in states with non-land records during Phase I as done in states with land records and real-time monitoring of progress and treatment.