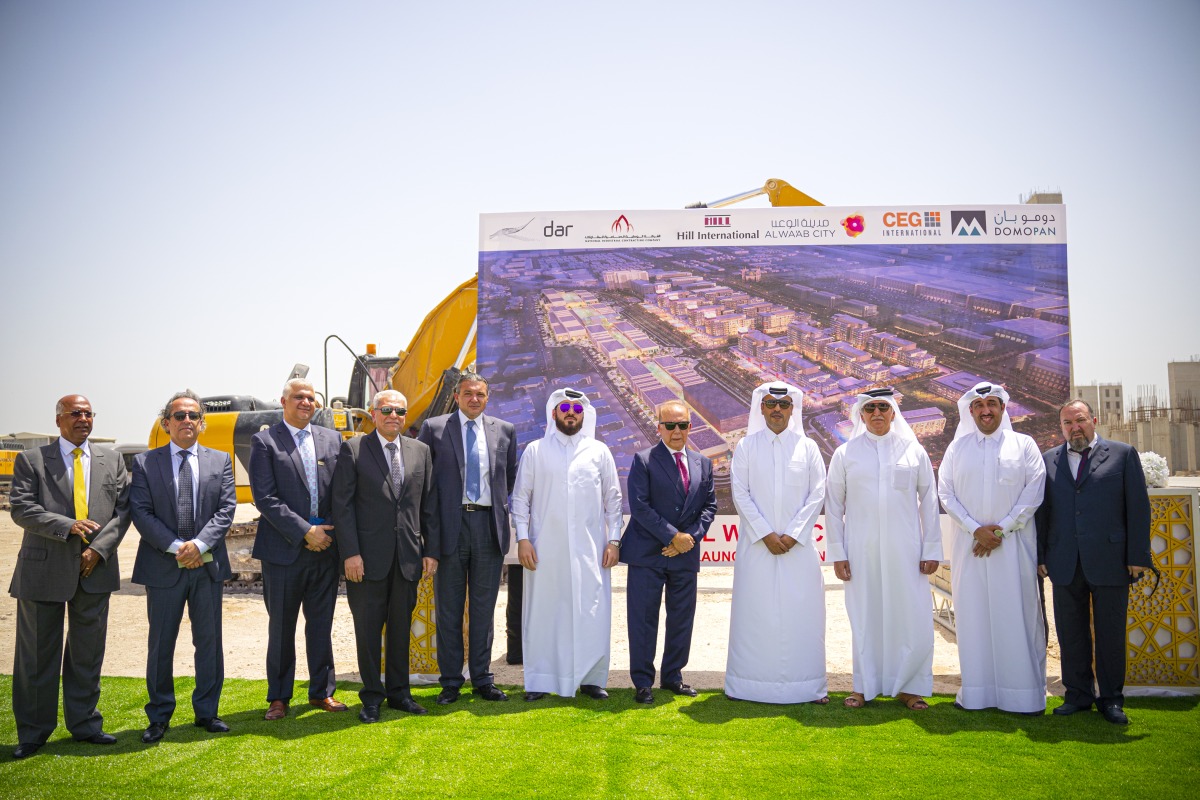 The city of Al Wa’ab officially launches its central district

Doha: Al Wa’ab City has officially launched its Phase 2, the construction for the Central District of one of Qatar’s most luxurious mixed-use urban developments. Al Wa’ab City is a 1.2 km² city within a city that integrates community amenities, a choice of shopping and entertainment venues with luxury villas, contemporary apartments as well as hotels and serviced apartments.

The development of Al Wa’ab city is divided into three districts: the northern and southern districts, both of which have already been successfully completed under the first phase of the development project, and the newly launched central district. which will be built as part of the city development project. Phase 2 with a target completion date of 2025.

The central district of Al Wa’ab City will consist of a community center with 38,000 m2 of shopping and entertainment. It will also include 9 residential towers, a hotel and serviced apartments; offering over 1,500 residential units that will house over 8,000 residents when the project is complete.

The Central District will also include 3 neighborhoods: the Entertainment District, the Shopping District and the Community Center District, all offering multi-purpose services and community experiences that cater to residents of Al Wa’ab City and beyond. of the.

The Carrefour Communautaire will be linked by a 4-lane boulevard to the residential element of Quartier Central. Residential towers are designed to infuse a warm community atmosphere connecting areas via courtyards that provide green spaces, playgrounds and more for residents.

NBK Chairman Sheikh Nawaf bin Nasser bin Khaled Al Thani said, “Today is a historic ceremony for the NBK Group and the city of Al Wa’ab. I would like to thank the Qatari government which has shown unwavering support for our project and a special thank you to QNB and all our partners who have supported our project which contributes to the local economy. Such a project is a great indicator of the strength and stability of Qatar’s economy, and we look forward to working closely on future projects.”

The DCEO of Al Wa’ab City Sheikh Jassim bin Nawaf bin Nasser Al Thani added: “This is a proud moment for Al Wa’ab City. The experience and lifestyle that residents of Al Wa’ab will enjoy with the addition of the Central District will be unique. We look forward to providing the best lifestyle experiences for those who choose to live and work in Al Wa’ab City. A special thank you to our Chairman Sheikh Nawaf bin Nasser bin Khaled Al Thani and our Managing Director Sheikha Hanadi bint Nasser bin Khaled Al Thani, our Board members for their continued support and vision, and our CEO, Dr. Abdulla Hassan Al Mehshadi and all team members. that make moments like this possible. Phase two is expected to be fully completed by 2025, and we look forward to many more to come in the near future.”