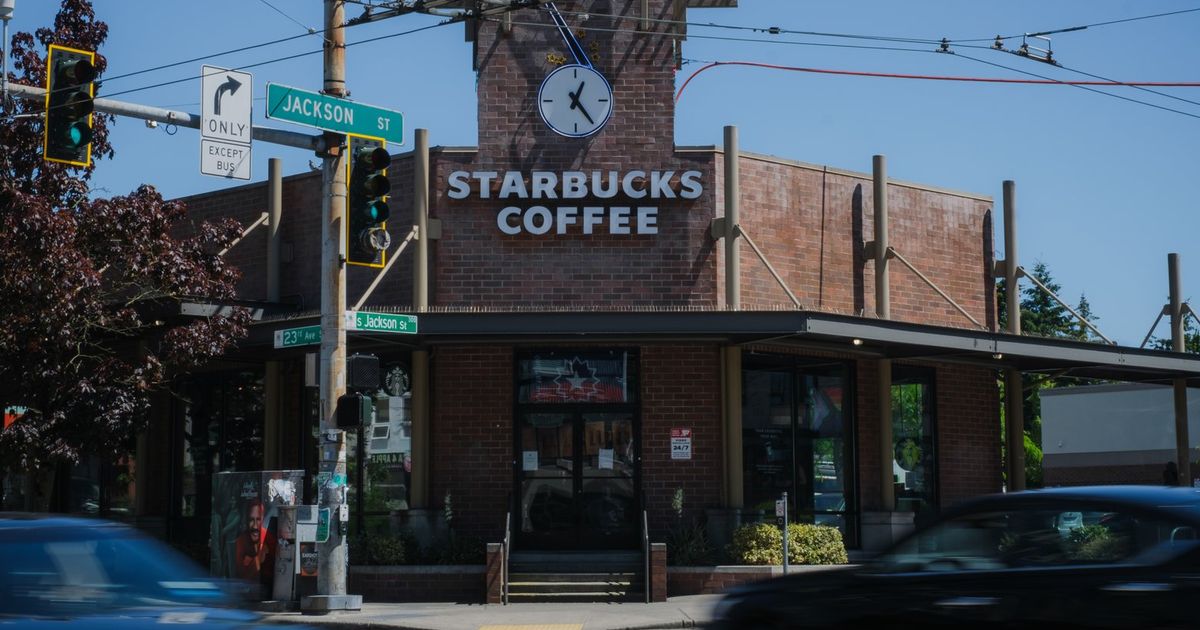 The Central District pushed to open a Starbucks in the 90s. Its closure could be an opportunity to counter gentrification

In much of Seattle and much of the world, the opening of a new Starbucks coffeehouse rarely causes celebration or alarm.

At the intersection of South 23rd Avenue and South Jackson Street, in the historic heart of Seattle’s black community, the arrival of Starbucks in 1997 prompted many of both. Now, as Starbucks prepares to close the store on Sunday, the community wonders what will come next – a Central District stranger or a local black-owned business.

Change has been a constant in the Central District for a generation. This has often come at the expense of the black community there. The neighborhood, once 80% black, is now 17%, with whites making up 44% of the population.

Moe and Lisa Toure, owners of Toure Apparel clothing store, felt this change when they moved their business from 23rd and Jackson to the South End in 2003. The building where their business was located had been purchased and, like many their friends and fellow traders, they had to leave the area.

Today, Touré Apparel is a smaller company far from the central district. An Amazon Fresh store sits where their store used to be, directly across from the Starbucks which is now due to close.

The Starbucks was the Seattle-based company’s first in a low-income community made up largely of people of color. It will close on Sunday along with four other Seattle stores as part of a push by the company to close stores it says have seen increased safety concerns during the pandemic.

The 23rd and Jackson Starbucks was a place of community engagement. But it’s also been seen as gentrification in a neighborhood that shaped music legends Jimi Hendrix, Quincy Jones, Ernestine Anderson and Sir Mix-a-Lot, and where the number of black residents and businesses has been declining since the 1990s.

Now, advocates see the Starbucks closure as an opportunity to counter gentrification and bring black-owned businesses back to the Central District.

The bid that brought Starbucks into space was spearheaded by the now defunct Central Area Development Association. At the time, CADA was looking for a coffee establishment at the request of the community, said former chief executive George Staggers. Howard Schultz, who currently serves in a third temporary position as CEO of Starbucks, personally endorsed the offer in 1997.

Losing Starbucks is a loss to the community, Staggers said, because it drew people to the neighborhood and was a meeting place.

It was also a center for community engagement in the central district. From 2013 to 2016, the 23rd and Jackson location was considered a “community store”, so a portion of its sales proceeds went to the YWCA’s GirlsFirst and Young Parent programs. In recent years, 23rd and Jackson workers have nominated local nonprofits for Starbucks Foundation grants. The foundation has given more than $300,000 to the YWCA of Seattle since 2017.

The store was also where Public Health – Seattle and King County provided COVID-19 vaccines with the People of Color Against AIDS Network.

But for others, the Starbucks store is a sign of gentrification.

When the Tourés drive through the central district, they do not recognize their former home. They miss the sense of community and family around the store. But when they received the departure notice, they felt alone.

For two years before Starbucks opened, the land sat vacant because no one wanted to open a business there, Staggers said.

At the time, Staggers said the lots were vacant because coffee retailers didn’t believe racial minorities drank gourmet coffee. He also said the cafe would add to the commercial diversity of the Central District.

“It can bring people in the community to live here and shop here. People like variety and they like lots of choice,” Staggers said at the time. “They didn’t have those choices before.”

Had Starbucks not agreed to open there, another competitor would have been a Central District-based company, Catfish Corner. The restaurant owners then said they were angry that the business had been abandoned in favor of an outsider.

The mall where the Starbucks store is located was purchased in 2016 by a subsidiary of Jody and Paul Allen’s Vulcan, Jackson Investors North, for $11.27 million, according to public records.

K. Wyking Garrett, CEO of Africatown Community Land Trust, an organization that advocates for land ownership for the black community, says he sees the Starbucks store closing as an opportunity. He said he wanted to work with Vulcan and Amazon to use the now vacant space to bring black-owned businesses back to the neighborhood.

“There are still young people who are very connected or feel rooted in the community even though they’ve been dispossessed, and that’s a whole different sense of trauma,” Garrett said. “Redevelopment should be one that provides opportunities to address this trauma and create healing.”

Bringing black-owned businesses back to this location would also address the trauma that other members of the community had to be relocated, Garrett said.

The Toures say they would consider relocating their business to the central district if the opportunity arose. They still love the neighborhood they once called home. But the space they need is much smaller than it was in 2003. Today, the store specializes in custom clothing, Moe Toure said. And the couple believe the level of crime there could hurt business. Their friends have moved to Tacoma and Kent, Lisa Toure said.

“We were expelled from our family,” said Lisa Touré.

206-464-2521 on Twitter: @geraldorenata. Renata is a reporter and covers general business news for the Seattle Times.
Share FacebookTwitterGoogle+ReddItWhatsAppPinterestEmail