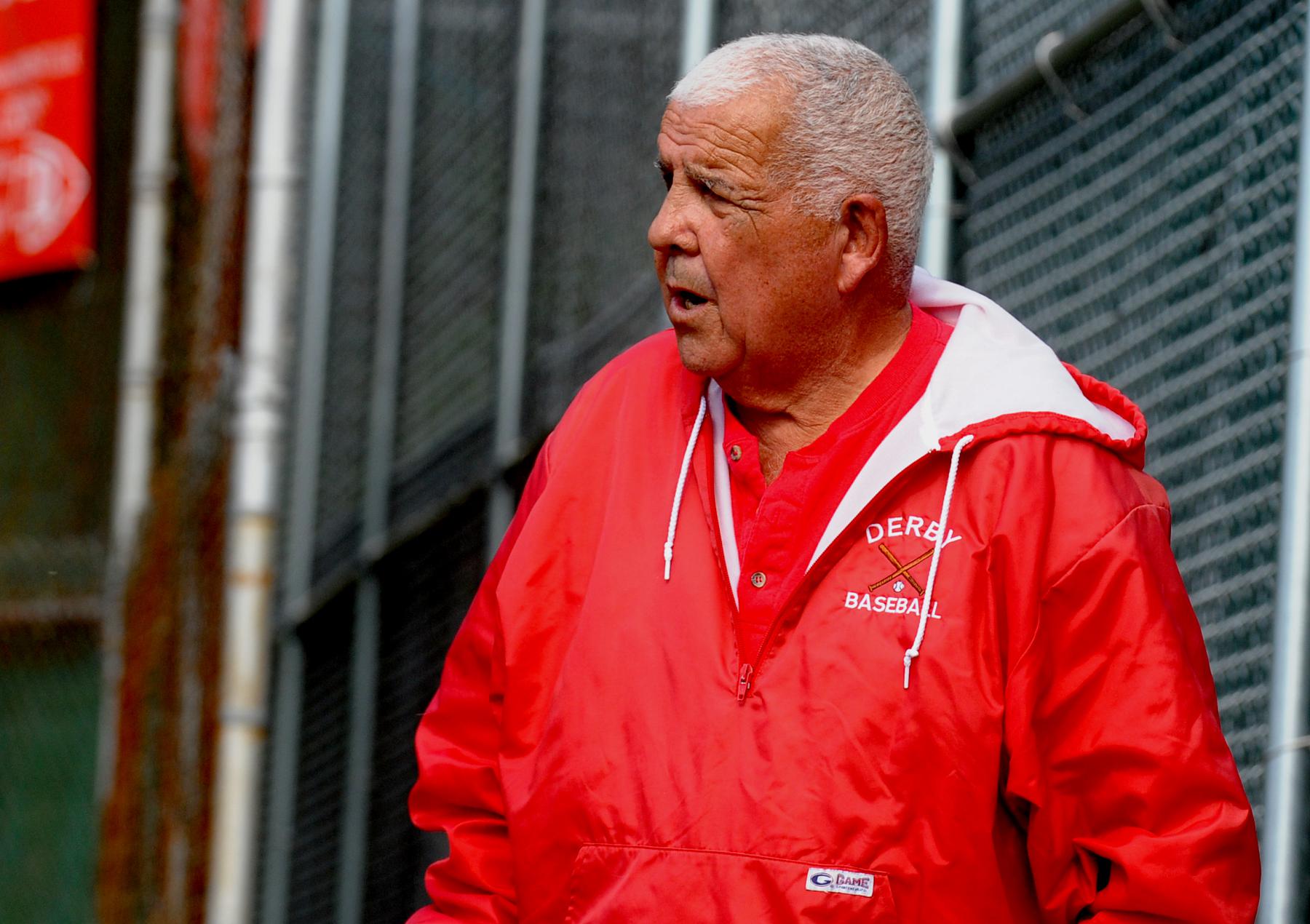 Sochrin remains the only coach to lead a Bridgeport school to a state baseball championship. He did it at Central in 1978.

Bridgeport Central beat Trumbull 5-3 in the Class LL State Finals in 1978. Sochrin managed to defeat another legendary coach – Jerry McDougall. Among the players on that championship team was Kurt Kepshire, who later played for the St. Louis Cardinals.

Sochrin, a resident of both Shelton and Sint Maarten in the Caribbean at the time of his death, went on to coach Law at Milford for 14 seasons. Law advanced to the 1998 Class L State Finals, falling to Branford.

His last stop was in Derby, where he was born. He led Derby to its first NVL championship in 2012 and the first baseball title of any kind since 1954.

“He was a very good baseball player and his teams were well disciplined,” said former longtime Notre Dame-West Haven coach Tom Marcucci, who coached Sochrin while at Law.

Sochrin coached at Derby until 2014, ending his career with over 500 career wins.

Sochrin was a graduate of Seymour High, Georgia Tech and the University of Bridgeport. He taught math in Bridgeport for 33 years after serving in the US Army.

Sochrin is survived by his son Jeff among several other family members.

A funeral service and interment at Beth Israel Cemetery in Orange will be held at 11 a.m. Tuesday. Memorial contributions in Sochrin’s name may be directed to the donor’s chosen charity.