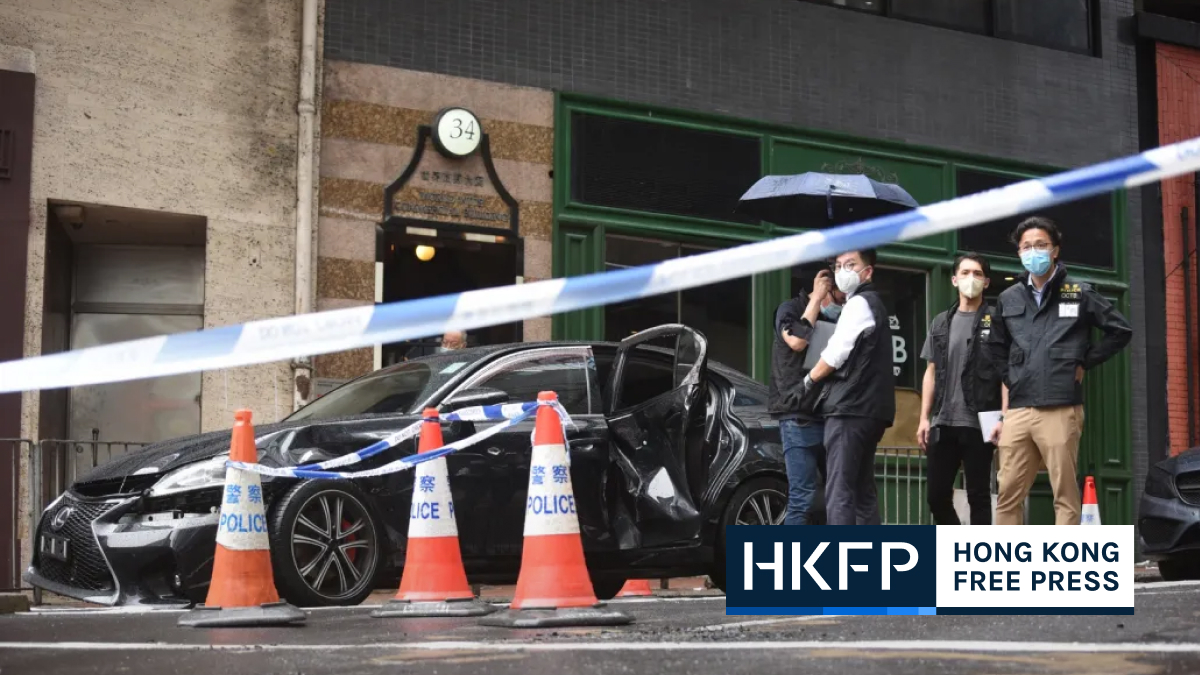 Three people have been arrested after a shooting in Central in the early hours of Friday left three people injured, police told HKFP.

Police received a report of the incident near the Tung Yiu commercial building on Wyndham Street around 2:41 a.m.

One of the victims was hit by a vehicle and suffered serious injuries to the right leg, he remains conscious. Another underwent surgery following two gunshots to the back.

A third unconscious man was also injured. All are being treated at Queen Mary Hospital.

A police source told HKFP that a group of people launched an attack on another group on the street just above the Lan Kwai Fong nightlife area.

The attacked group fought back, with a gun and knives apparently involved, leaving at least three of their attackers seriously injured – one was shot in the back, one was stabbed in the head – and unable to leave the premises.

The other people involved fled.

Three men were arrested in the area, police confirmed, although the weapon was not found. One of the men was arrested for possession of a machete during a stop and search operation nearby.

HK01 reported that counter-terrorism police responded to the incident, which was suspected to be linked to organized crime.

A black Lexus and a gray Mercedes-Benz were parked in a cordoned off area. The Lexus had a dented front and its side doors were damaged. An apparent bullet hole could be seen in the front passenger door of the Lexus. The police source indicated that the two cars belonged to the attackers.

A bullet case was reportedly found at the scene and guarded by three traffic cones, before being taken away by police.

Authorities also used duct tape and plastic wrap to wrap one of the destroyed Lexus side doors. The cars were towed around 11 a.m.