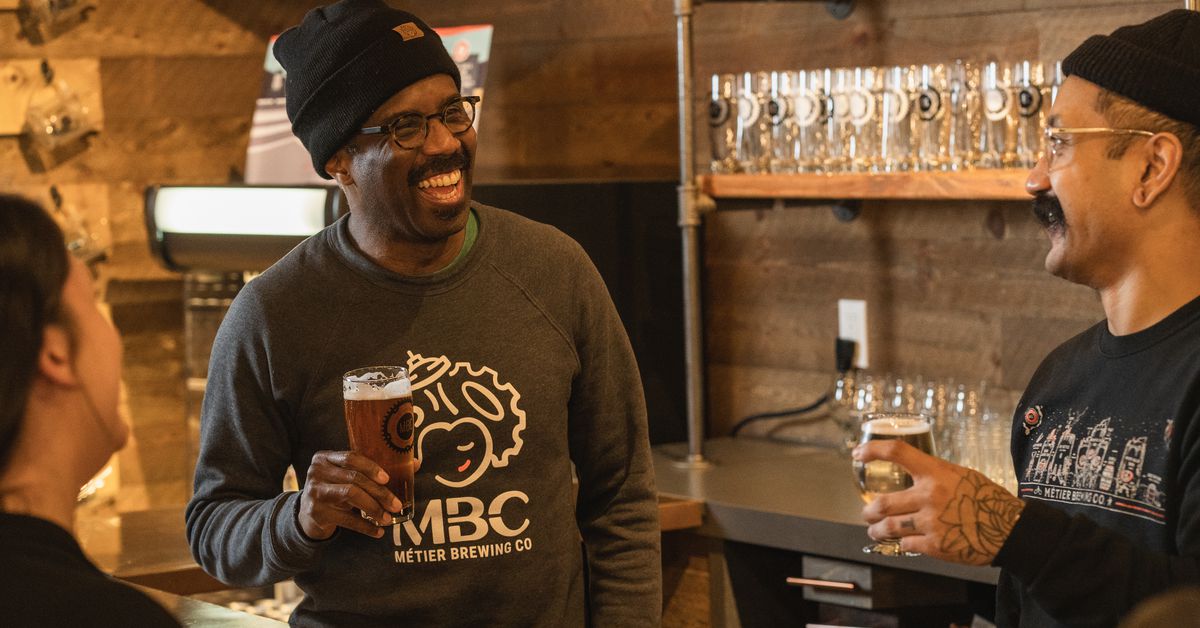 Craft Brewery Co-founder Rodney Hines has historically called the Black Central District home for more than two decades, but there has never been a black-owned brewery in the neighborhood — or anywhere in Seattle — until now. . The Woodinville-based brewery is opening a new tasting room at 2616 E Cherry Street next month with a mission “to brew great beer and build a stronger community to inspire bigger dreams for all,” a goal that, according to Hines, “addresses the lack of diversity in the industry, and [involves] with whom we are partners. Featuring Japanese okazu – deep-fried balls of dough with a savory filling – from Umami Kushi, also a black-owned business, the bar will become the new flagship of Craft, but Hines hopes it will be much more: a gathering place that anchors and recognizes the region’s diverse communities.

Hines witnessed the changing demographics in the Central District, a historically African-American neighborhood with deep ties to the civil rights movement that has lost many of its black residents and businesses since the 1990s, and he worries that the new residents don’t know the history of the neighborhood. “I live a block from Rev. McKinney Avenue and 19th, and I remember … the role he played for civil rights in Seattle,” Hines says. (Samuel B. McKinney helped launch the first black-owned bank in Seattle and advocated for the passage of the city’s first fair housing law.) “I’m not sure people … asked the question, ‘Who was Reverend McKinney?'” Hines said, “but people Elements of that story are everywhere, and I’m excited about the return of black businesses.

Located on a tree-lined section of E Cherry Street, the new bar will transform a former 2,000 square foot auto garage and blacksmith shop into an airy 80-person space where sliding glass doors open to an outdoor patio. heated for a year. round use, designed to be “the neighborhood’s friendly front porch,” says Hines. It incorporates elements of the original dining hall: beer club membership; the “Beer It Forward” wall, where customers can buy a beer for future visitors; and 12-16 taps of the robust beers the brewery is known for, such as the award-winning Coconut Porter and Belgian Golden Strong Ale, plus a range of barrel-aged ales.

Craft Brewing Company joins what Hines sees as a burgeoning arts, culture, food and beverage revival in the heart of the Central District, led by underrepresented artists and entrepreneurs, including established restaurants owned to black people like Jackson’s Catfish Corner and Fat’s Chicken and Waffles. CommunionChef Kristi Brown nationally recognized The “Seattle soul” restaurant, located in the historic Liberty Bank building, whose 2019 renovation was aimed at boosting black ownership in the area, is named after the bank the Reverend McKinney helped open. And new housing, business and cultural spaces, such as Africatown Plaza and Midtown Squareare both located within a multi-block radius adored with murals honoring Black and Indigenous historical figures, including McKinney.

The new bar continues the company’s focus on partnerships that support people of color and women. Sales of the Coconut Porter, for example, are earmarked for an internship program for aspiring brewing industry workers from these backgrounds. The team also recruited Greene House Redevelopmenta black and veteran-owned business, for the renovation, and hired Conflatea black-owned creative studio, for rebranding. Liz Dunn – with whom Hines sits on the board of affordable housing organization Community Roots Housing – found the space and developed the design with preservation in mind, retaining the original structure. Artists of color will provide the artwork on the walls and beer cans, and the brewery will host live jazz events to honor the neighborhood’s heritage as a hotspot for a genre shaped by black musicians.

“When you enter our [new taproom], you’ll feel the intent to celebrate diversity,” says Hines. “You will see works of art by people of color. You will clearly see our mission statement. You’ll hear our music and see the artwork on our cans…and our team will be diverse.

While many brewery owners cite a lack of diverse applicants as a reason for predominantly white and male staff, Hines believes inclusive recruiting practices need to be part of breweries’ approaches. “If you do the same practice over and over again,” he says, “you’re going to get the same results.” His team hires reception hall staff from a variety of backgrounds, rooted in the Central District, reaching out to community organizations to share posts on job boards and enlisting the help of clients who have offered to run the word via their social media profiles. Members of the management team at both sites receive paid vacation and sick leave as well as a health insurance allowance and are eligible for membership equity.

The company has also partnered with University of Washington Foster School of Business and Ruben’s beers to create the Mosaic State Brewers Collective, a diversity-focused craft beer mentorship program. While not a direct pipeline for hiring, Hines says the program helps diversify the craft beer industry to make it more representative of America, from brewers to store owners. bottles and even kombucha makers. Craft Brewing Company is even working with the Mariners to redevelop the old Pyramid Alehouse building in honor of Seattle’s former Negro League team.

Meanwhile, Umami Kushi owner Harold Fields, who runs a food truck in the company’s Woodinville dining room, will serve an okazu skillet with toppings such as curried beef, jerk chicken, BBQ pork, curry cabbage and yuzu vegan lentils. Fields, who left New Orleans after Hurricane Katrina to train with Japanese chefs, will offer a wider menu in the new space, with snacks like fries and pickled dishes to go with okazu casseroles. as well as donuts on weekend mornings.

But it all comes back to the beer, and Hines thanks head brewer Michael Daly, head brewer Garrett Schnieber and general manager Dreux Dillingham for the diverse list of taps, which will include customer favorites such as the Horizon IPA and Grandma’s Hands. , a seasonal Imperial Porter with black molasses. The company will also expand its quarterly barrel-aged subscription program with beers like Bourbon Barrel-Aged Brandywine and a Belgian ale aged in rum barrels.

After some construction delays, Métier is aiming for a mid-March opening, starting with events for friends, family and neighbors before opening to the public.

“I want this to be a meeting place for locals and people from everywhere,” Hines says, “who come here because they find us.”