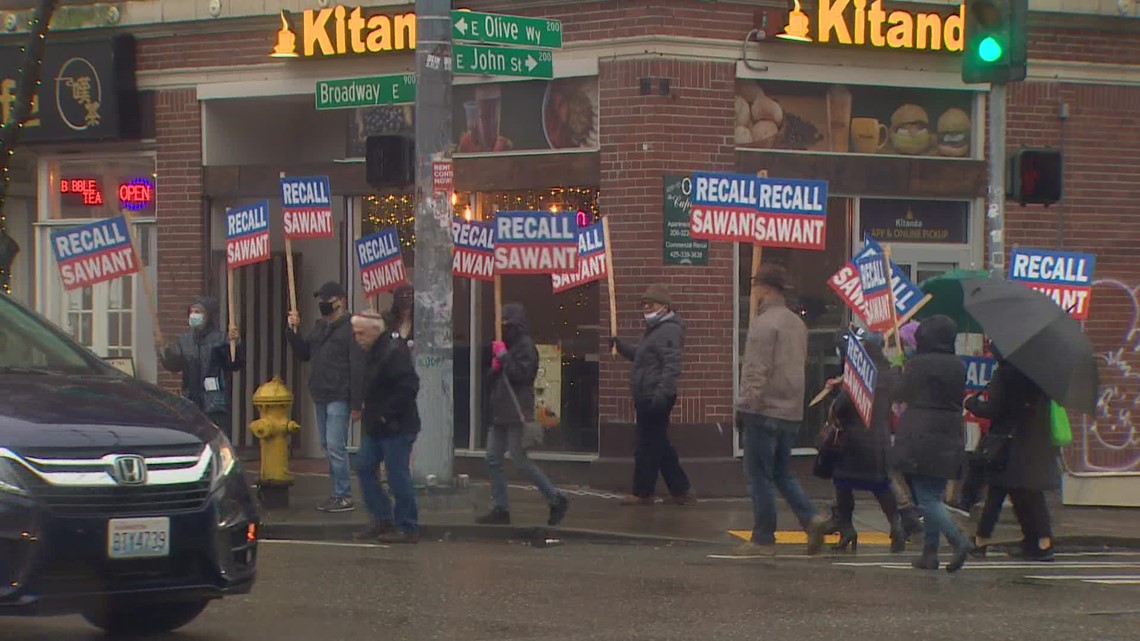 Supporters of council member Kshama Sawant and organizers of the recall campaign against her spoke to potential voters on Saturday.

SEATTLE – Tuesday will mark a rare recall election in Washington state, as voters in Seattle City Council District 3 will decide whether they wish to remove council member Kshama Sawant.

It took years for the recall effort to reach voters – and the issue divided many in the community.

“We are getting the vote in the biggest way Seattle has ever seen,” said Kshama Solidarity campaign manager Bryan Koulouris. Sawant and other speakers gathered supporters to remind people to vote at a launch event on Saturday morning.

Those on the other side of the issue were also chatting with potential voters. There are strong feelings on both sides.

“We have to come together and work together,” said Henry Bridger II.

Bridger is leading the campaign for Recall Sawant but says he supports it.

“I’m not a politician, I’m just a normal guy who wants to get our city back on track,” he explained. Bridger says the election got so heated that it cost him friends.

Sawant’s supporters believe these are outside influences trying to influence Seattle politics.

Koulouris believes the timing of the election is hurting them as well.

Both groups flooded the streets, sometimes at opposite corners, appealing to their neighbors. They hope Tuesday’s vote writes another chapter, hopefully, that involves more unity for everyone.

“We need a better day, a new day for Seattle and that’s one way to start to move in that direction,” said Bridger.

Ballots are due Tuesday for the election. If Sawant is recalled, other members of Seattle City Council will appoint a replacement.

US Senate Confirms Gregory Harris as US Attorney for Central District