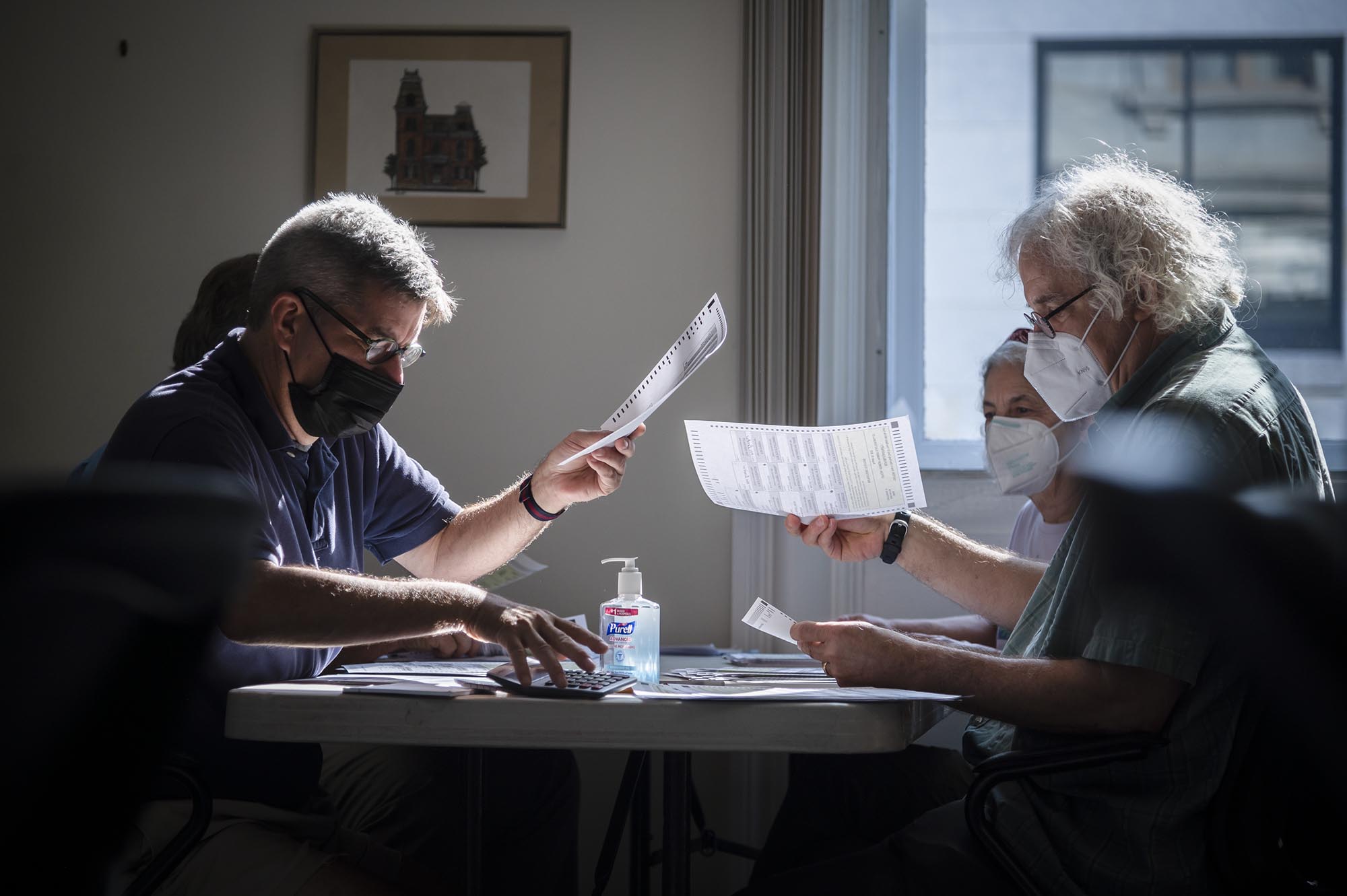 BURLINGTON — Martine Gulick edged out Erhard Mahnke by four votes in a recount to finalize the Democratic lineup for the Chittenden Central state Senate district.

Gulick beat Mahnke, 3,948 to 3,944, according to Friday’s recount. His lead over Mahnke increased by two votes from the initial tally after the Aug. 9 primary.

“I feel good about the recount and I feel really lucky to have been able to witness the process,” Gulick said.

Although Mahnke congratulated Gulick and thanked the volunteers for their time in the recount, he signaled that he might not be done with the race.

Friday’s recount in Chittenden County Superior Court found 21 flawed ballots, and Mahnke could ask a judge to review them and possibly revise the count, he said.

“(I’m) not sure it will change anything, but given the number of spoiled ballots in that small margin, we’d like to take a look,” Mahnke said.

Gulick said she felt positive about her victory and supported Mahnke’s right to present the ballots to a judge.

It was unclear by Friday afternoon what such a process would entail. A message sent to the Secretary of State’s office was not immediately returned.

Mahnke and Gulick were vying for third place on the Democratic side of the November ballot after Sen. Phil Baruth, D/P-Chittenden, and Rep. Tanya Vyhovsky, P/D-Essex, were the top two voters. the August 9 primary.

Mahnke, an affordable housing advocate, called for the recount after finishing fourth behind Gulick, a former Burlington school board member, by two votes.

All three candidates will face more competition in November. Last week, Infinite Culcleasure joined the race as an independent.

The new three-seat district is made up of the New and Old North Ends of Burlington; Winooski; a piece of Colchester; all of Essex Junction; and parts of the town of Essex. It is the most liberal of the four districts that cover Chittenden County.

Chittenden County Superior Court in Burlington saw a flurry of action this morning as the site of the recount. Three boxes of collected Dunkin’ donuts and an equal number of spent containers of coffee sat outside the small rectangular room where the counting took place.

Two feet beyond the door frame, a strip of blue tape marked a barrier between the ballot counters and the observers. To maintain the integrity of the recount, observers were not allowed to cross the blue threshold. Gulick and his attorney sat on one side of the door, Mahnke and his attorney on the other.

Beyond the tape, the room was a sea of ​​salt-and-pepper hair as county staff and volunteers helped with the recount. Each had their designated job and worked fiercely in their role.

“I’ve never done a recount before, so not only do I have an interest in it, but I find it fascinating to watch,” Gulick said Friday morning. Had the situation been reversed, she too would have called for a recount, she said.

At the end of the recount, County Clerk Anne Williams certified the recount.

According to Gulick, each candidate had to provide 15 volunteers to help with the recount. Their objective: to settle the primary ballot once and for all, before the November elections.

Did you miss the latest scoop? Sign up for the final reading for a preview of the day’s news from the Legislative Assembly.

Did you know that VTDigger is a non-profit organization?

Our journalism is made possible by donations from our members. If you appreciate what we do, please contribute and help keep this vital resource accessible to everyone.