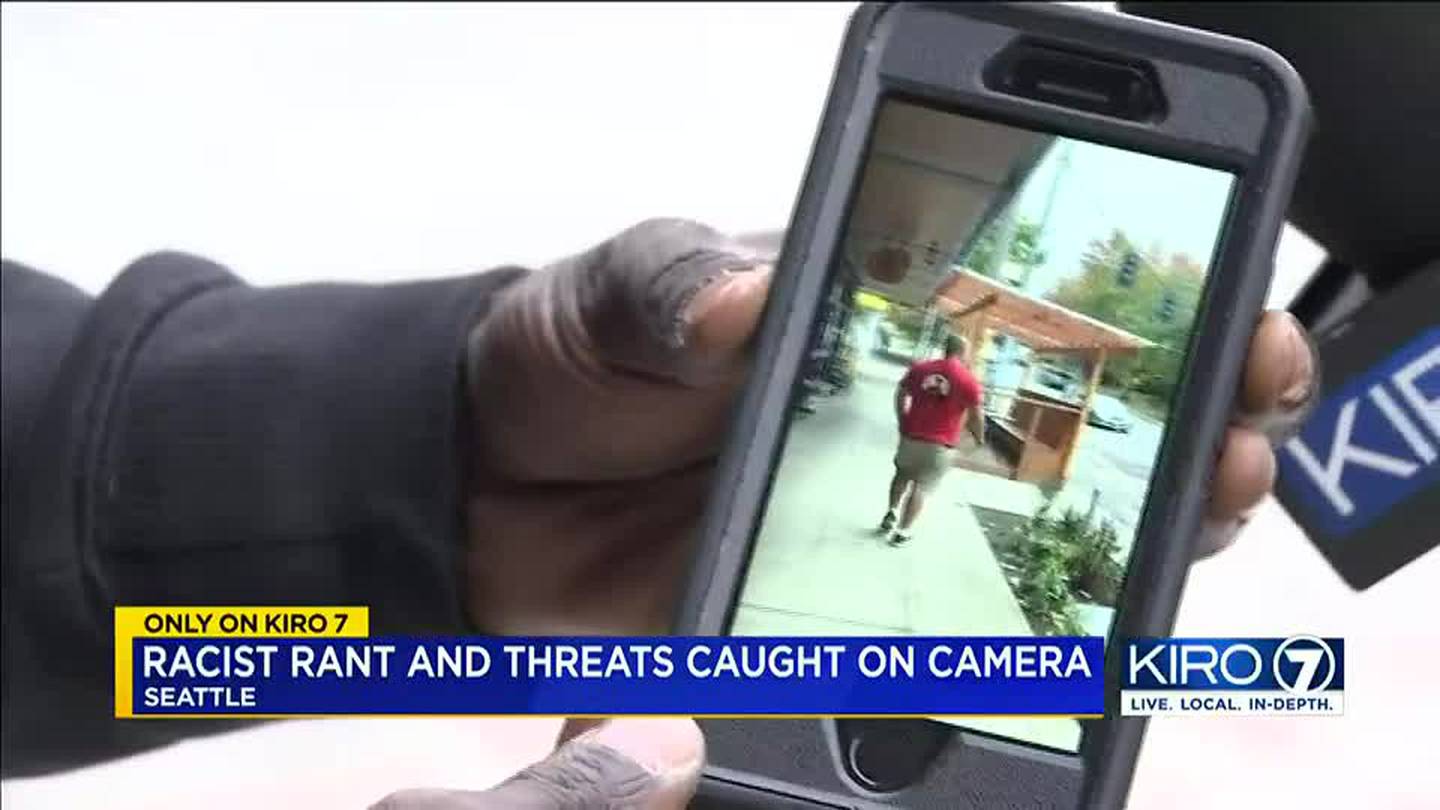 SEATTLE — A racist rant was filmed near Seattle’s Central District on Tuesday.

Kyle Daniels said he walked out of the CCP Community Markets on the corner of East Union Street and 23rd Avenue, “And this guy is screaming at the top of his voice.”

Daniels pulled out his phone and recorded the man shouting the N-word, talking about white power and making anti-Semitic gestures.

“It was offensive to anyone who fought for equality in this country,” Daniels said. He says it all started when the man was taking pictures of murals that honor black history and making racist remarks about them.

“Seattle isn’t like that,” Daniels said. “He’s not from here, so that makes sense.”

His phone still recording, Daniels followed the man to his car, which had California plates.

KIRO 7 checked the plates and linked the vehicle to Michael Slawson, the son of a Los Angeles Superior Court judge.

Michael Slawson is no stranger to controversies like this. In 2017, California investigators said he called a mosque and left threatening voicemails.

Slawson was never charged with a crime related to the calls, but admitted to calling the mosque.

Daniels isn’t sure why anyone would come to Central Ward and start yelling that way, but he hopes the recording of the encounter will help bring him to account.

“It’s not funny. It’s affecting people and it’s affecting me right now because I live here. Literally. I just think people have to be careful.

Farmers thank central and state governments. for the release of the crop insurance premium