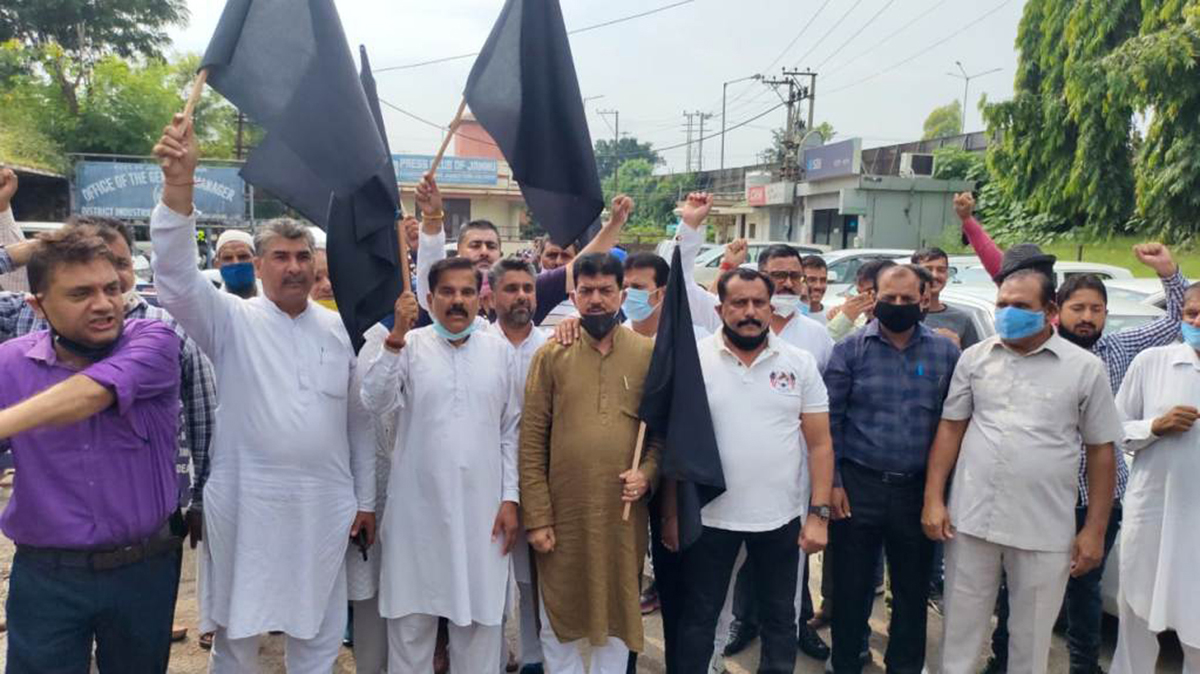 Excelsior correspondent
JAMMU, September 21: Agitated by BJP government for ignoring people’s dearest aspirations for declaring September 23 as a public holiday to commemorate Maharaja Hari Singh’s birthday in addition to restoring statehood to J&K , Panthers party activists staged a protest demonstration here today.
Protesters, led by JKNPP chairman Harsh Dev Singh and JKNPP general secretary Yash Paul Kundal, waved black flags at visiting Union ministers while waving anti-government slogans.
Addressing the rally, Harsh Dev Singh questioned the double standards of the BJP which approved the Jammu people’s request for a vacation on September 23 while in opposition, but refused to act the same after ascending to the throne of power. He wondered if Maharaja’s birthday party had been turned down by a so-called nationalist party despite the colossal contributions of the late ruler Dogra who allowed millions of nationalists in the state to consider themselves proud Indians. .
Reiterating J&K’s demand for state restoration, Harsh Dev and Yash Paul Kundal said that on August 5, 2019, the BJP-led government at the Center caused the greatest bitterness in the hearts and minds of the people by denigrating State status for a Union territory. Mr. Singh said it was the only “Dogra state” in the country that had been conceptualized and created by our revered rulers and expanded with countless sacrifices made by the Dogra warriors. He said the past two years have seen massive public uprisings against the anti-Jammu and anti-people policies of dispensation from power. “The economy has been hit the hardest and development has come to a standstill. The arrogant and power-intoxicated BJP continued to use the coercive apparatus of the state to silence all those who dared to speak out for justice and sought to keep the promises it made during elections. All sections of society are suffering. Young people are on the road. Farmers, border dwellers, traders, including traders and businessmen, have all borne the brunt of the listless and callous attitude of the bureaucracy that runs the roost in the absence of the elected People’s Government. He remained opposed to the plight of the people because the officers sitting at the head of affairs have no connection with the people, ”said Harsh, distressed.
Kundal said that if a huge battalion of 70 central ministers could not meet the demands of the nationalist people, they did not have the right to approach the people in the elections to vote. The Panthers Party as well as all sects in society will launch a mass movement in the days to come until the cherished aspirations of the people are taken into account and fulfilled by the government, Kundal said.
Others who spoke on the occasion included Rajesh Padgotra and Gagan Pratap Singh.