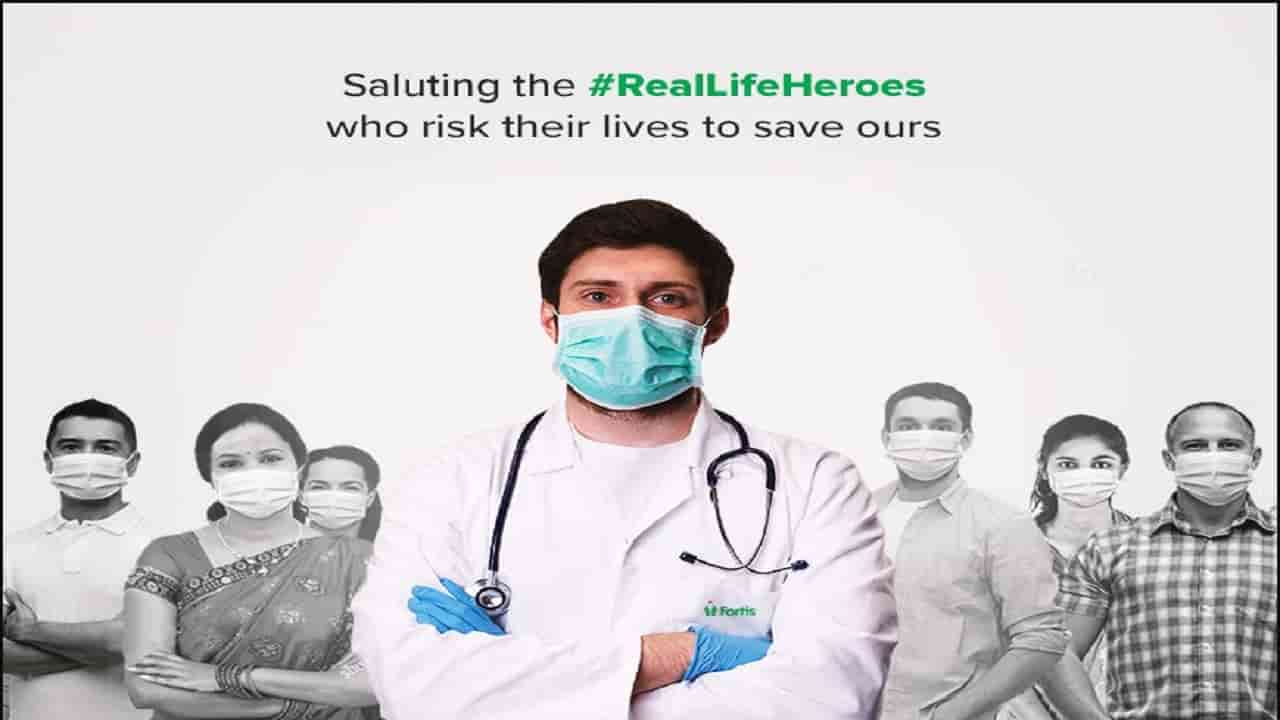 In the current scenario of the Covid pandemic, not only India, but the entire world is going through a period of unprecedented upheaval and challenges, especially in the healthcare system. There was a crisis in terms of infrastructure, medical facilities, frontline health workers, drugs, oxygen supply, etc. However, it is an underlying fact that doctors and other medical / paramedical personnel have stood up to the pandemic at the risk of their lives and worked tirelessly to save the lives of their compatriots.

The medical fraternity of all civil society has always defended a very important position in which it has the duty and the obligation to treat a person with the greatest responsibility and empathy in all kinds of situations. Because of this selfless duty to society, they are meaningfully called frontline warriors. According to the Covid Registry of martyrs report, maintained by the Indian Medical Association (IMA), while 747 doctors died of COVID-19 in the first wave, 748 doctors lost their lives in the second wave,[i] and according to government data, the total number of people who died due to Covid up to the 27e of June 2021 are 3 94,493.[ii]

However, in the present situation of fear, anxiety, and by anticipation, cases of attacked and assaulted healthcare workers have seen an unfortunate increase. And the deleterious effect of such type of violence / assault against a single healthcare worker / professional not only has detrimental effects and fear in the healthcare community, but also hinders the exercise of its functions in the service of humanity, especially in this time of crisis. Attacks on healthcare workers are a universal phenomenon that has caught the attention of many international agencies. It is argued that one of the oldest medical journals in the world, known as “The Lancet”, has said that “almost 75% of doctors in India have experienced verbal or physical abuse in their lifetime.”[iii] A report released by the World Health Organization (WHO) also indicated that nearly 600 violent incidents against healthcare facilities in 19 countries took place in 2014 and 2015. The World Medical Association, through its president, said that “We need to pay more attention to the increase in violence in civilian situations. Here there is an urgent need for better protection. Facilities must be secured against the introduction of weapons, in particular firearms and knives. Hospitals and clinics must be unarmed. And in conflict situations, health workers and facilities become weapons of war and this must stop. “[iv]

The blatant attack on doctors violates their fundamental right to life and undermines their personal dignity guaranteed by Article 21 of the Indian constitution which guarantees the fundamental right to life and liberty to every person. During the period 2011-2021, almost all states in the country have seen one or another of such incidents of violence being committed, against health workers.

Interestingly, of the 28 states and 8 Union Territories (UT), in India only 23 States and 2 Union Territories have their own laws relating to the protection and prohibition of violence. against health workers and causing damage to property. . However, many state laws provide for a maximum prison term of 3 years and a fine of Rs. 50,000 (Fifty Thousand Rupees) only. In terms of the lowest jail terms, Madhya Pradesh provides for a jail term of up to 3 months and the state of Punjab provides for a jail term of up to 1 year. And the highest jail term and fine is prescribed in the state of Arunachal Pradesh, which provides for 3 years imprisonment of up to 10 years and a fine of up to 5 lakhs rupees. . In addition, there is no prescribed fine provision in the states of Haryana (although a penalty for damage to property has been prescribed) and Himachal Pradesh. And in the state of Tamil Nadu, no amount of fine is prescribed along with the prescribed sentence. The state of Madhya Pradesh provides for a fine of up to 10,000 rupees (ten thousand rupees). In addition, the states of Sikkim, Meghalaya, Nagaland, Mizoram and Jharkhand currently do not have their own legislation dealing with the protection of healthcare workers from violence and any material damage to their establishment.

Epidemic Diseases (Amendment) Act, 2020 [which have limited jurisdiction for pandemic times only], the National Disaster Management Act 2005 and the Indian Penal Code of 1860, cite few imprisonment and fine provisions in terms of sanctioning any act of violence and attack on health workers, provision concerning non-compliance with orders and different classification and definition of injury and punishment respectively.

However, in the current scenario, India needs a central uniform legislation which addresses the relevant issue and provides for preventive security systems and all these measures and the compensation mechanism by the government as well as severe penalties at the both in terms of imprisonment and a fine, which can potentially deter such acts of violence. And with proper arrangements to deal with such acts, it is also important to declare all health facilities / centers as zones / protected areas and competent security mechanisms with an SOS button to deal with such situations of distress. a Compensation mechanism for granting compensation to the families of deceased healthcare professionals / workers and other persons or victims Health workers by the government / or concern the authorities as a result of such type of violence /aggression. The protection and prevention of violence against healthcare professionals / healthcare workers and all paramedics raises an issue regarding the preservation of human rights and fundamental rights of healthcare professionals / staff and all other health care community enshrined in Articles 21 and 41 and in all relevant International Covenants of which India is a signatory member. There is a need to develop an effective and balanced grievance and rescue mechanism system for health workers, patients and their assistants (in the form of a grievance / complaints and rescue office) in each facility and health facility. health care / clinic in order to intervene immediately to remedy the situation. the problem / dispute on both sides in order to avoid any inevitable dispute or disruption resulting from such type of aggression, violence or public lynching and also seek guidance in the form of instructions regarding the granting of Compensation to the families of health workers who are deceased or victimized Health workers by the state government / or the authorities concerned as a result of such type of violence / assault.

India is a member of the World Health Organization (WHO) and has a legitimate and ethical obligation to implement the WHO guidelines to address workplace violence in the health sector in its regime national legal. WHO published a report entitled “Framework guidelines for combating violence at work in the health sector”[v] in 2002 and formulated detailed guidelines with the aim of “providing general guidance on workplace management violence in the health sector. Far from being prescriptive, the Guidelines should be seen as a basic reference tool to stimulate the autonomous development of similar instruments specifically targeted and adapted to different cultures, situations and needs. Likewise, in a study of customary international humanitarian law carried out by the ICRC (), Rule 25 stipulated that – “Rule 25: Medical personnel assigned exclusively to medical tasks must be respected and protected in all circumstances. They lose their protection if they commit, outside their humanitarian function, acts harmful to the enemy.

The whole world in this global pandemic has seen a situation and is going through it that they could never have prepared for. India, being a country with a huge population and limited health infrastructure, has been hit hard. As a result, healthcare workers bear the brunt of it the most. In such a situation, too, they have performed their relentless and selfless duty to humanity. Thus, any violence and aggression against them for subjects over which they have no control, complicates the situation and the relationship. It causes greater harm. Consequently, it is the duty of the State to ensure their security and to guarantee their fundamental rights, in particular those enshrined in articles 19, 21 and 47. Human rights must be respected and equal for all. Their duty to their patients must be carried out effectively, and so too should patients avoid engaging in such violent activities, whether during or after the end of the pandemic. It is high time that India needed substantial central legislation to deter, prevent and control and have a compensation mechanism to deal with such incidents in the future. And to ensure a safe working environment for health care professionals / health insurance service people (which include physicians, nurses, paramedics, nurses and midwives, all other employed workers and working in health insurance service institutions and its staff) and avoid property damage to health care institutions and others.

Sneha Kalita is a registered lawyer at the Supreme Court of India, assisted by research associate Bristi Rekha Mahanta

[i] State Covid Register kept by the IMA of Martyred Doctors