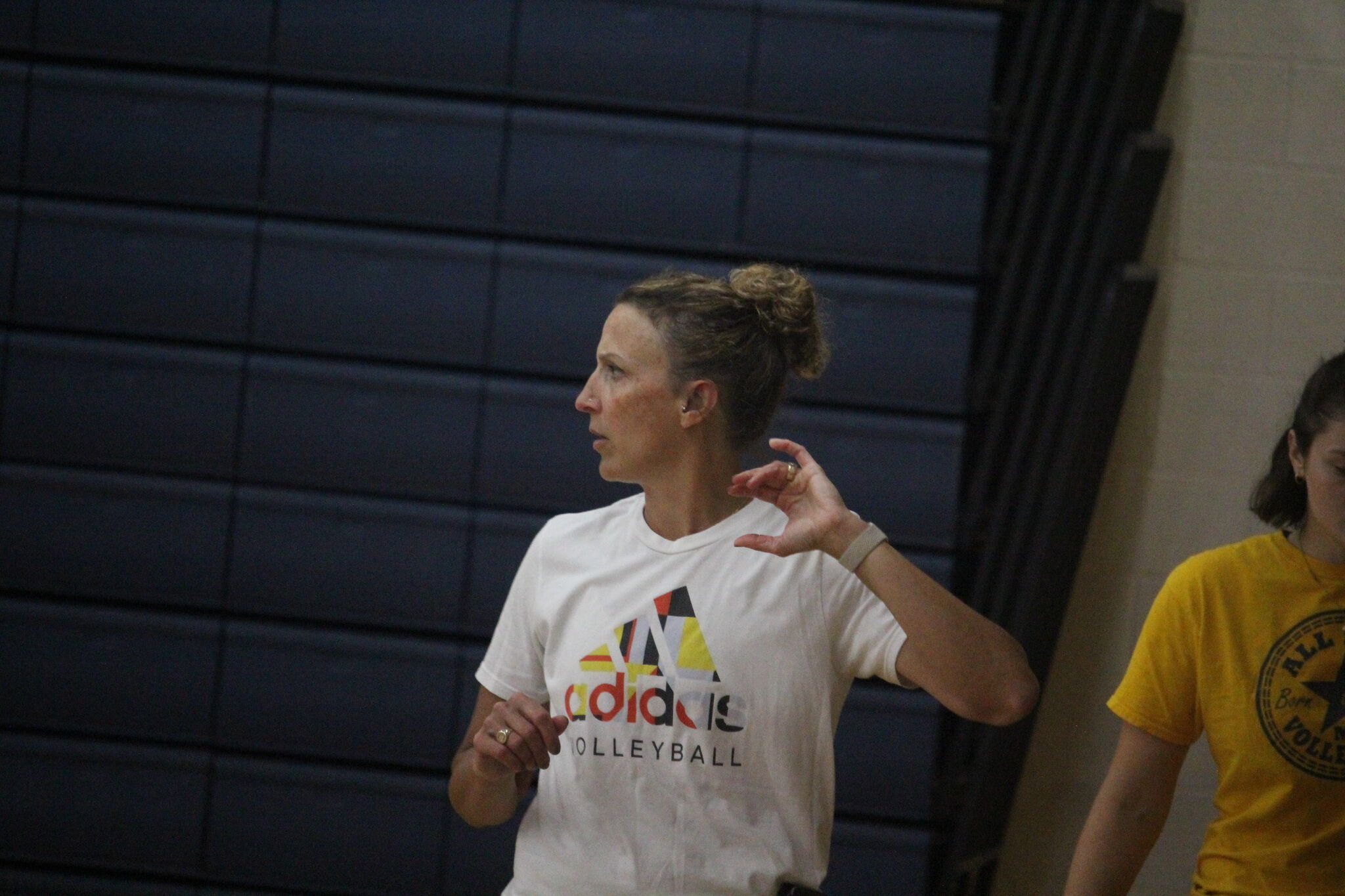 MORLEY — Veteran volleyball coach Robin Kozuch is back for what she hopes will be another championship season at Morley Stanwood.

The Mohawks were 32-10-1 last year and earned several notable graduates, including four-time All-Stater and Pioneer Dream Team Player of the Year Braelyn Berry, as well as Emilee Cornell, Brooke Edgerly.
and Madison Garbow.

“We had another great season in 2021,” Kozuch said. “We won the Chippewa Hills Invitational and were co-conference champions and district champions. We raised a ton of money through Colon Cancer Awareness in honor of Morley Stanwood staff member, Tracie Lee.

But Kozuch realizes it will be difficult to replace last year’s senior class.

“We had a very strong senior class,” she said. “Braelyn Berry is currently playing at the GRCC. She and Emilee Cornell have been involved in our program since they were young. They were great leaders by example and both were and are extremely humble. They have eaten and breathed this sport all their lives.

“They have been integral to our success over the years and will be sorely missed. Emilee plans to help the team this year when she becomes available. Madison Garbow and Brooke Edgerly were terrific athletes who always gave their best in every game. The senior class was filled with tenacious athletes.

The season begins at the Leland Invitational on August 20.

Among the best returning players is Olivia Nelson, a senior middle hitter.

“She’s the only senior on the team this year,” Kozuch said. “She will be the positive and spirited mother figure on our team this year. She does everything with passion and emotion. She may change jobs this year and do a great job wherever I ask her to go. She always put her team before her, which is so important in this game. She will work hard to keep her emotions in check and lead our girls to an incredible year.

Junior Alaina Christensen is an outside hitter.

“Alaina worked hard in the offseason to improve her game,” Kozuch said. “She’s really come a long way. I can’t wait to see what she can do for the team. She will continue to work not to be too hard on herself and build our team as one.

Junior Sienna Ososki is a setter.

“Sienna also spent countless hours in the gym working on her craft during the offseason,” Kozuch said. “What she lacks in size, she brings determination and spirit. She is so much fun to coach and her teammates look up to her to lead them from her position. We were lucky to have so many great passers to come out of Morley Stanwood. thanks to the hard work and teaching of Matt Kozuch, and Sienna will continue that tradition.

“Although basketball is a clear favorite for Lila, she will be a huge asset to our team this year,” Hoisington said. “We’re going to be small but mighty, and Lila is going to provide us with that size part that’s so useful in this game. She’s a solid blocker and her offensive game will continue to improve.

Piper Kozuch is an outside second hitter.

“Piper put in countless hours during the offseason to improve her skills on the court and it really showed in the various summer volleyball activities the team participated in,” Robin Kozuch said. “She also spent a lot of time in the weight room and got a lot stronger physically. I’m really excited to see what she can do this season. She tends to put a lot of pressure on herself to live up to her family’s success in athletics. This pressure can get to some kids and we’ll do our best to remind ourselves that it’s a game and it should be fun.

“We also have some great talent from our JV last year. Katie Johnson (JV coach) works hard with her team and does a great job preparing the kids to take that step to college level. Makenna Martin and Lynsey Biller are two strong and smart athletes who will really make a difference.

The Central State Activities Association is an 11-team league this year.

“We’re in a new conference this year and I’m excited to see what we can do,” Kozuch said. “We have a great coaching staff from top to bottom. They will be prepared. They just have to believe they can do great things. I think our conference will be quite difficult this season. This is a new, much larger conference with many kids playing at the club in their off-season, which, in turn, makes for stronger teams. It should be fun to see how we do.

“We will be fierce in defence. Again, what we lack in size, we will make up with sheer determination. This group of girls have been together for a long time and they work well together and aren’t afraid to push each other. This creates a strong bond and success in the field. Because this team worked so hard in the offseason, I think they put a lot of pressure on themselves to play error-free. I hope they’re willing to make mistakes early and learn, so they can reach new heights they maybe didn’t even know were possible.

Kozuch is enthusiastic with his coaching staff.

“Despite not being on staff, Matt Kozuch has been working hard with the girls during our off season in the club arena,” Kozuch said. “Morgan Ross (college assistant coach) has a ton of experience with the sport as a Ferris alum. This is her second year as an assistant and she brings a wealth of knowledge and her positivity is contagious. James Nostrant is another very helpful assistant coach who has been with the Mohawk program for years, he has a ton of enthusiasm and really loves the game.

“Katie Johnson has been our JV Coach for over a decade and the success of our program can be attributed to her work ethic and constant search for new ideas and knowledge to improve. We always have elders who are in the area who volunteer to come and help the girls as well. We hope to see some of those faces like Alexis Cumings, Emilee Cornell, Tricia Smith-Bennett and Alex Bialik again this year.