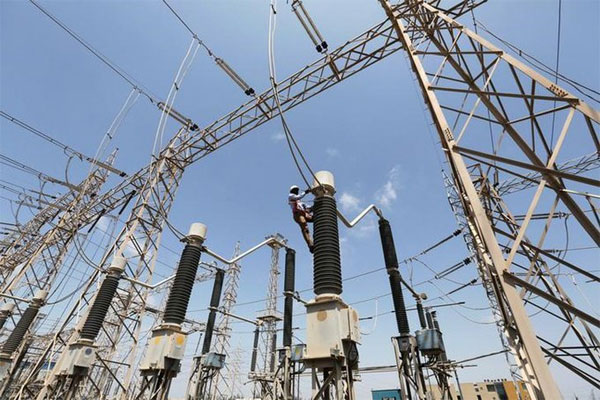 Bombay, May 7 (IANS): As Maharashtra reels from a heat wave, coal shortages and resource shortages with over Rs 76,000 crore in unpaid electricity bills, it has emerged that even VVIPs and politicians of all the political horizons have clearly failed in their duty to consume electricity.

While some have racked up invoices worth hundreds of thousands of rupees, others have small amounts – but which also remain unpaid for years or decades, shocking the departments and officials concerned.

Among the powerful who have yet to pay their utility bills are Union and State Ministers, their families, MPs, MPs from various political parties and some organizations linked to them.

The revelations come as Andhra Pradesh electricity distribution companies admit in the Andhra Pradesh High Court this week that they have been unable to pay monthly power station bills since January 2022.

AP discoms have also requested a one-year extension to pay their dues – against the High Court’s order of March 15 to clear the outstanding amount within 6 weeks – because they are unable to to obtain funds/loans from anywhere.

In the case of Maharashtra, a total of 372 VVIP consumers and some organizations, spread across 36 districts, together owe the government an amount of Rs 1.27 crore, for electricity consumption in their residential or commercial premises.

“The question is not about the amount expected from them… It’s also about how they haven’t paid for many years, even though the dues are very low, and the kind of example that these VVIPs give to the popular masses,” said an official, requesting anonymity.

Contacted by IANS, Energy Minister Dr Nitin Raut declined to comment on VVIPs who had not paid their electricity bills, but said he “humbly asked all residents of the State” to pay their contributions to help the electricity companies.

“Unexpectedly, among the 17 worst affected states, Maharashtra managed to eliminate load shedding after power cuts suffered for 14 days in April. We are doing our best in the public interest and I call on people to please pay. their unpaid bills for the greater good,” Dr Raut told IANS.

The dignitaries on the “power list” are Party Leader Bharatiya Janata and Minister of State for Railways Raosaheb Dadarao Danve-Patil with two bills of Rs 25,000 (2009) and Rs 10,000 (2013) unpaid in his house and farms in Jalna, in addition to the bills of other family members.

MSME Union Minister Narayan Rane has an unpaid bill of Rs 2,000 since 1987, long before he became Chief Minister of State for a year!

State Health Minister Rajesh Tope also counts with only Rs 340 unpaid since 2009, along with his wife Manisha Tope’s dues of Rs 19,000 from a business premises, in addition to other relatives who also have to pay.

Former Congress Chief Minister and current Revenue Minister Ashok S. Chavan has an outstanding bill for Rs 1,900 since 1991 and another unpaid bill from 2005 for Rs 2,500.

All India Majlis-E-Ittehadul Muslimeen MP from Aurangabad, Syed Imtiaz Jaleel is yet to shell out Rs 2,700 for his residential connection since 2017!

Former Maharashtra Assembly Speaker and BJP leader Haribhau K. Bagade has been sitting on a bill of over Rs 31,000 since 1980 – for the past 42 years!

Mumbai South MP Shiv Sena Arvind G. Sawant failed to pay Rs 425 for his residential connection in Sindhudurg, and Yavatmal-Washim MP Bhawana P. Gawali has to pay a residential bill of Rs 22,000 since 1974 and another pending bill of Rs 7,600 since 2021.

Former opposition leader and now BJP leader Radhakrishna E. Vikhe-Patil has been on a farming bill of Rs 11,000 since 2011.

Surprisingly, there are around 10 bills that remain unpaid since the 1960s – the oldest of which is dated March 1961 in the name of Pandurang N. Patil for Rs 196!

At the top is the biggest debtor, BJP lawmaker Jaykumar B. Gore, who has a staggering unpaid bill of Rs 7.03 lakh, pending since 2008.

From central, from ministers of state to deputies, deputies in the list of defaulters of the energy consumption bill