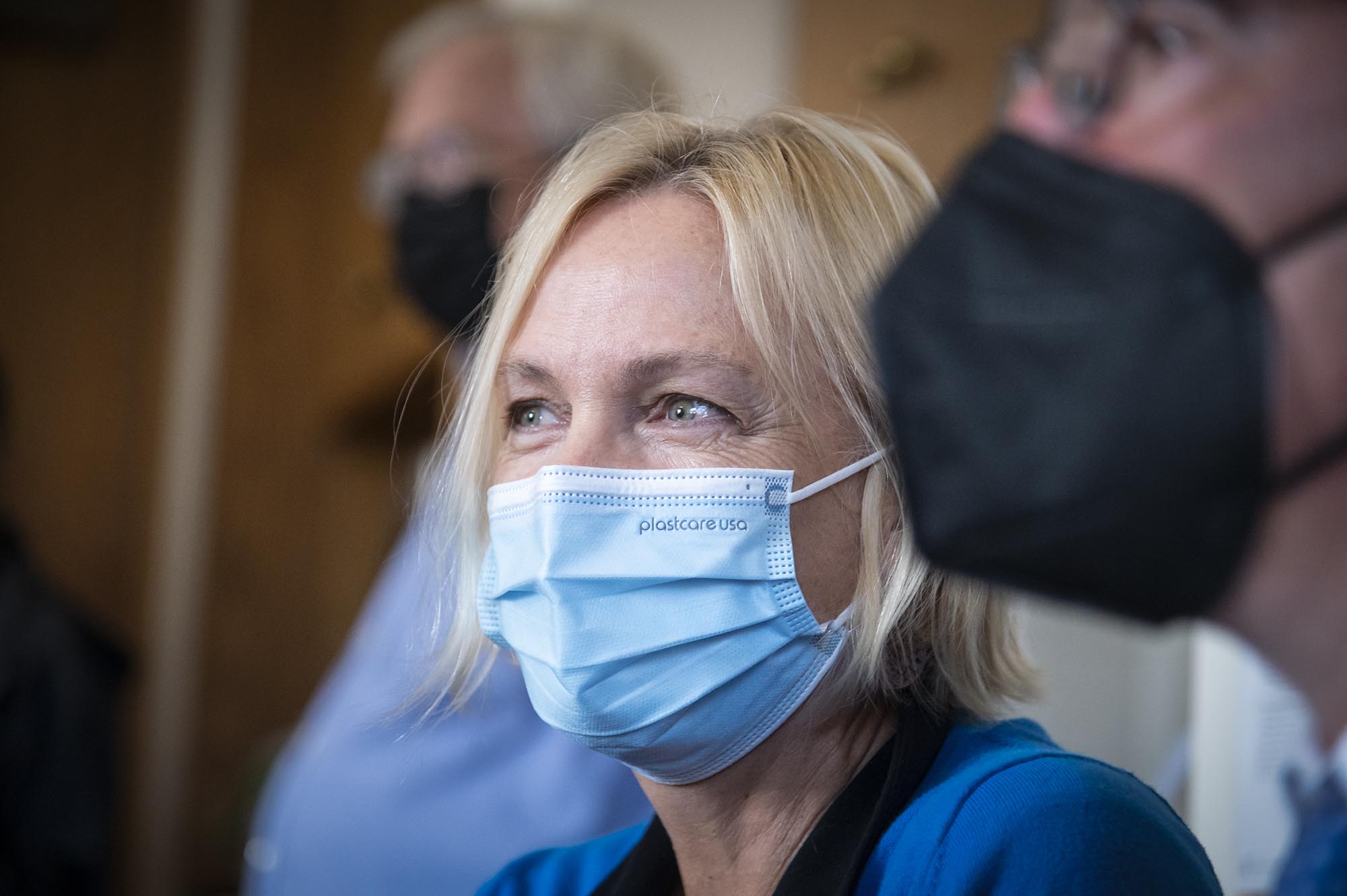 After losing Friday’s recount by four votes, Erhard Mahnke called Martine Gulick Monday morning to congratulate her on winning the Democratic nomination for a state Senate seat in the Chittenden Central district.

“With a margin of 4 votes, this was a tough loss, but I am confident in the results of the recount and do not intend to pursue other legal options,” Mahnke wrote in a statement Monday.

Mahnke had said on Friday that he planned to ask a judge to review 21 ballots found to be defective before conceding the race.

Gulick beat Mahnke, 3,948 to 3,944, according to the recount. His lead over Mahnke increased by two votes from the initial tally after the Aug. 9 primary.

Mahnke and Gulick were vying for a third spot on the Democratic side of the November ballot. Sen. Phil Baruth, D/P-Chittenden, and Rep. Tanya Vyhovsky, P/D-Essex, were the top voters in the new three-seat district.

Mahnke, an affordable housing advocate, thanked his supporters and wished Gulick luck in addressing a number of issues, including housing and climate change. “I wish him the best in helping Chittenden County and our entire brave little state meet these challenges,” he wrote.

Mahnke said he would return to work for U.S. Senator Bernie Sanders, I-Vermont, “where I am part of an incredible team helping him fight the good fight for economic, social and environmental justice every day.”

Did you know that VTDigger is a non-profit organization?

Our journalism is made possible by donations from our members. If you appreciate what we do, please contribute and help keep this vital resource accessible to everyone.