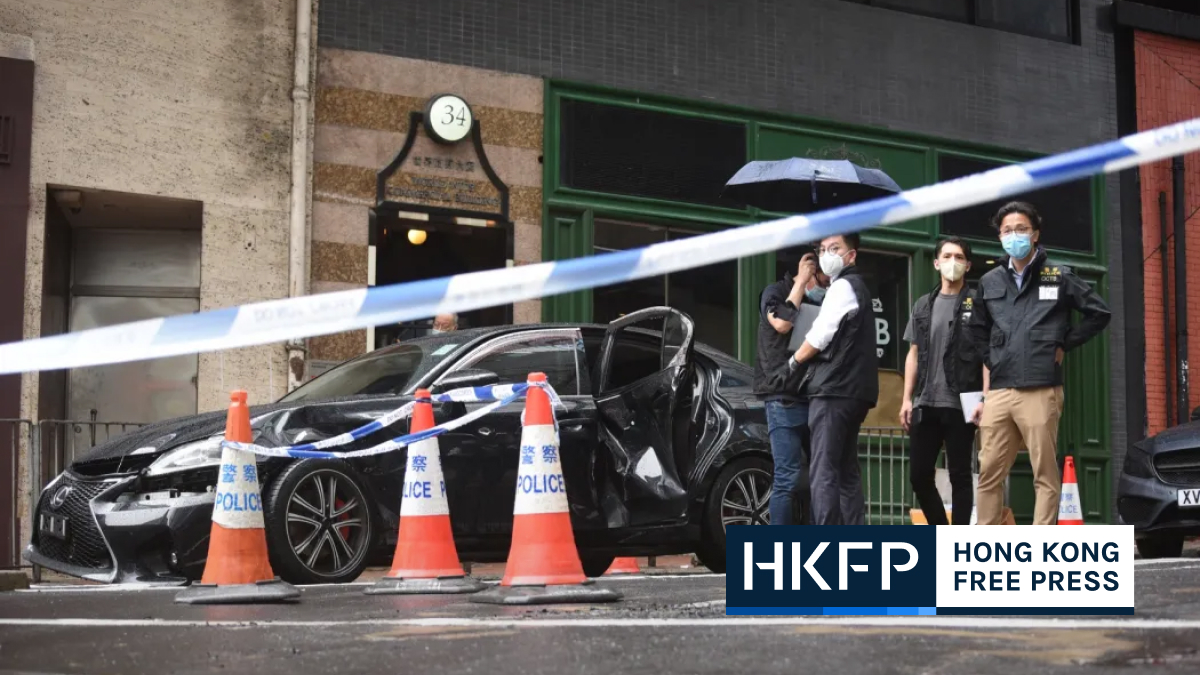 An eighth man is due in court in connection with a three-gang shootout in the heart of Hong Kong on June 10 that left three people injured and sparked a major police crackdown.

In a statement late Thursday, police said the 26-year-old, who was formally arrested on Wednesday, was suspected of attempted wounding and possession of an offensive weapon. The man was due to appear in Eastern Magistrates Courts on Friday morning.

The shooting – rare in Hong Kong – happened on Wyndham Street in Central at around 2.40am on June 10 and involved five vehicles. The three cars in front – belonging to a triad group – stopped at traffic lights.

Three people were injured, including a man hit by a vehicle who was seriously injured in the right leg and another who was shot in the stomach. A third suffered a head injury. All are from South Asian communities.

According to Ming Pao, the new person arrested was the man who was hit by a car. He had been taken into custody at the hospital and had regained consciousness in recent days.

The weapon has not yet been found.

Following the brazen attack in the city’s upmarket financial and entertainment district, police offered HK$250,000 for further information. They carried out multiple searches and patrols in Kowloon to “combat triad activity” after the shooting.

According to the force’s Facebook page, officers have searched several military equipment stores, entertainment venues and crime hotspots over the past week.

On Wednesday, they conducted another operation in Sham Shui Po district with the Customs and Excise Department as well as the Immigration Department and patrolled “multiple crime hotspots”.

Police said they met with “regional leaders of South Asian descent, members of religious groups and citizens” in different districts to hear their views and spread anti-crime messages.

Triad gangs have existed in China for centuries. In Hong Kong, they have recruited from South Asian and other communities in recent years.

The eight men in custody are between 23 and 42 years old. The seven people arrested earlier faced charges of attempted intentional injury and possession of offensive weapons.