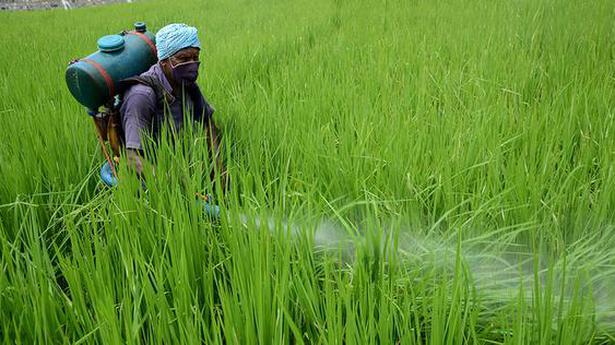 The State Department of Agriculture has instructed its officials to follow the central contract farming law – the Farmers’ Agreement (Empowerment and Protection) on Price Insurance and the Agricultural Services Ordinance. – and initially obtain at least one signed contract in each district.

Stating this, Gagandeep Singh Bedi, Commissioner for Agricultural Production and Principal Secretary (Agriculture), said The Hindu Friday that central legislation prevailed over state law – the Tamil Nadu Agricultural Products and Contract Livestock and Livestock Services (Promotion and Facilitation) Act 2019. A few days ago, the Union government also notified the rules of the ordinance in its journal.

In addition to providing a legal framework for an activity that has been largely unorganized, the central law envisages the provision of integrated services to farmers, a dispute settlement mechanism and protection to buyers.

The state government wishes to bring into law pacts between food processing industries (including those under food parks) and farmers for the production and supply of guaranteed quantities of raw materials at better prices than in the past. under normal circumstances, Mr. Bedi said.

A period of 30 days has been prescribed for the settlement of disputes. In the event that the commissions are unable to resolve the issues or the disputing parties have failed to resolve the issues through the conciliation process as stipulated in the agreements, the sub-collectors may intervene and render their decision within 30 days.

The appeal authority would be the affected collectors or additional collectors designated by the collectors.

The regulation also stipulated a pro forma of application to the sub-divisional authority, a memorandum of understanding and that of appeal to the collectors or additional collectors.