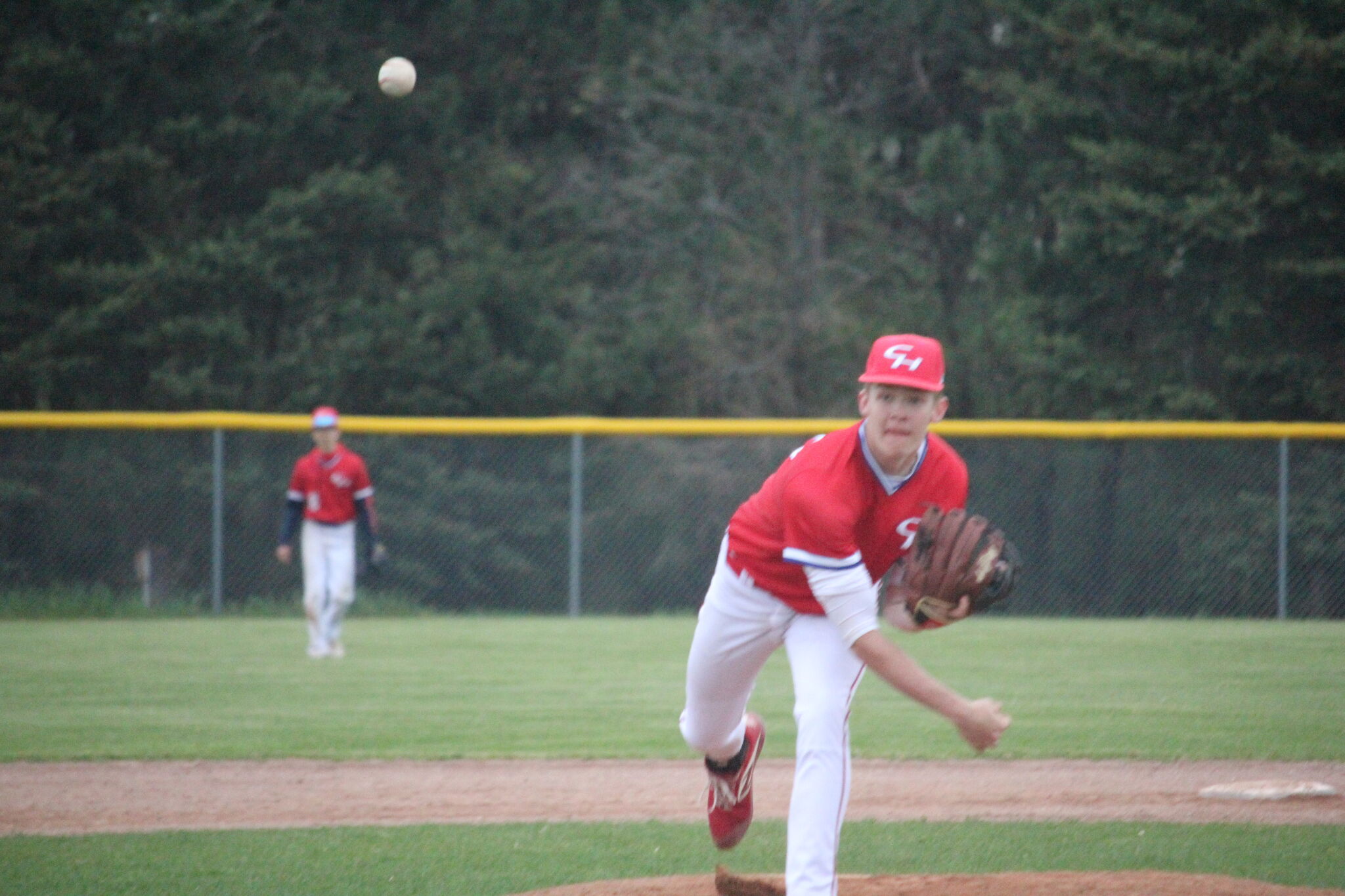 REMUS – It was cold and rainy in Chippewa Hills on Wednesday.

But what a wonderful day for baseball.

The Warriors, who had been looking to get into the groove all season, swept the Packers 10-0, 8-7 with Gage Saathoff delivering a sacrificial fly to win Game 2.

In Game 2, the Warriors had a 6-0 lead but Fremont rallied for a 7-6 advantage when Saathoff came on as relief and gave up a three-point home game that put the Packers in header 7-6. The Warriors ended the inning with Robert VanVleet making outstanding defensive play in center field with a diving grip.

Saathoff, who led the Warriors with two hits and two RBIs, hit the sacrifice fly for the game-winning run late in the fifth as the game was called off due to darkness.

“I was thinking about a fastball, and I just threw it,” he said, adding that on the home he gave up, “it happens. struck.

The first two batters had walked and Logan Davis was hit to load the bases. A passed ball scored the seventh run, and Saathoff threw the winning run with his one-out flyball.

The Warriors are 8-12. These are the first two wins of the CSAA Gold season for Chippewa Hills.

“Those are two huge wins,” Wright said. “I had nine guys here tonight. I have few figures in the program. I wanted my JV team to have the opportunity to play with a lot of these guys. I have a few seniors who haven’t had much playing time. We got two wins and I’m really happy with our efforts.

“The kids came out and played well. It’s something we’ve been trying to do all year. I’m happy for them. We get to the heart of the matter. Getting started would be great.

The Warriors have until next Tuesday when they are at Newaygo. They play at home on May 25 against Lakeview.

“We’re getting ready,” Wright said. “Hopefully we can peak at the right time.”