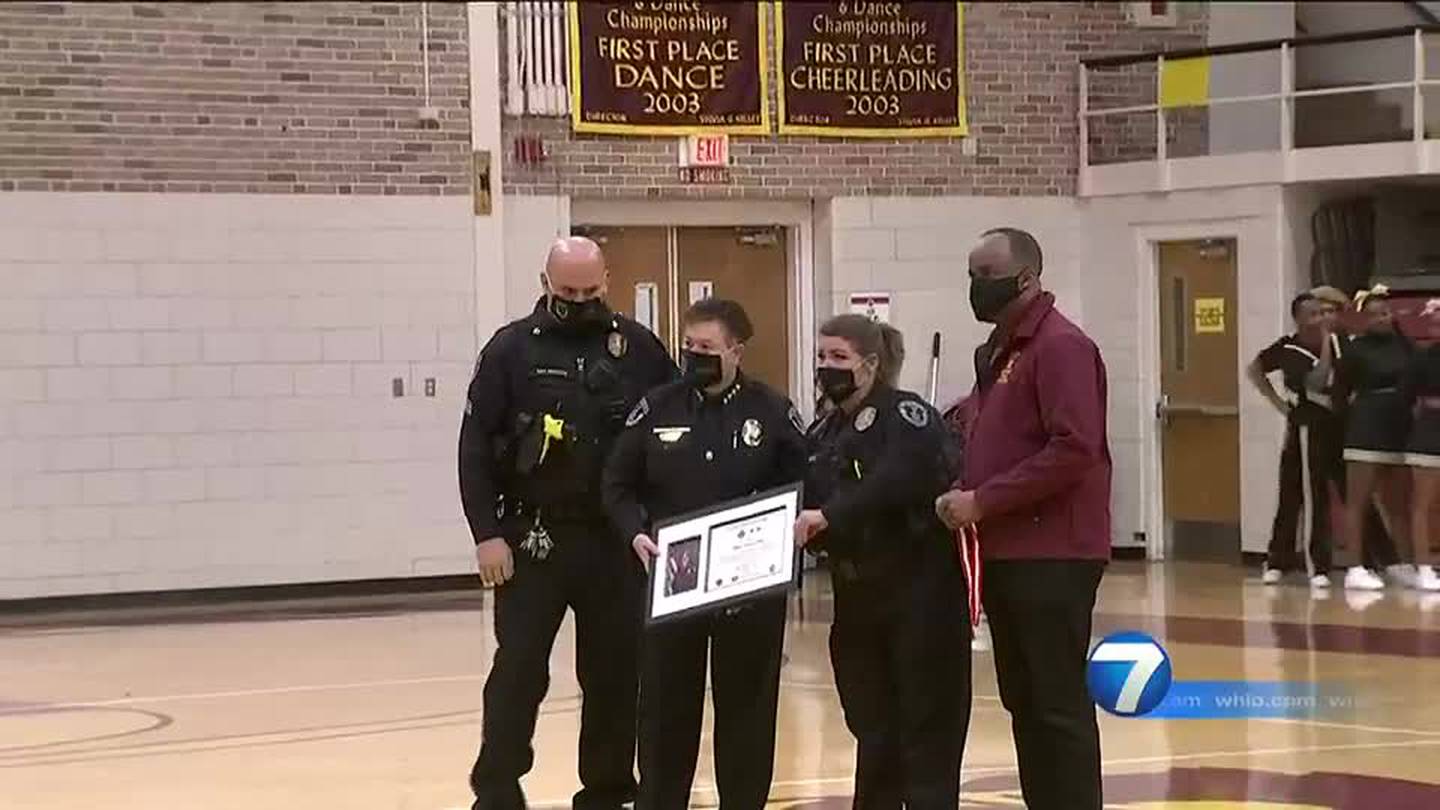 WILBERFORCE — Central State University honored one of its own officers on Saturday after saving the life of a student last month.

Officer Jeananna Diaz was recognized at halftime at the Marauders basketball game.

On October 20, Diaz was at the front door of Greene and Anderson residence halls performing a monthly fire drill when a student, Josh Gartley, fell to the ground and appeared to be having a seizure. He then lost consciousness and stopped breathing.

“I had this feeling that washed over me like ‘oh no,'” Diaz said.

Diaz called local paramedics. She then used her training to begin chest compressions and two rounds of rescue breathing until paramedics arrived.

“I knew I knew what to do, so I did it,” Diaz told News Center 7’s Kayla McDermott.

By the time paramedics arrived, Diaz had managed to get Gartley to start breathing again and could feel a faint pulse. She said feeling the pulse was a “complete relief”.

Gartley was taken to Miami Valley Hospital. Doctors there discovered he had a rare abnormal heart rhythm. Gartley returned home to Chicago to recuperate and will return to CSU in January.

“We call her a ‘sheroin’ here at Central State University,” Thomas said.

Diaz said she was just doing her job,

“I’m just doing what God called me to do,” Diaz said.