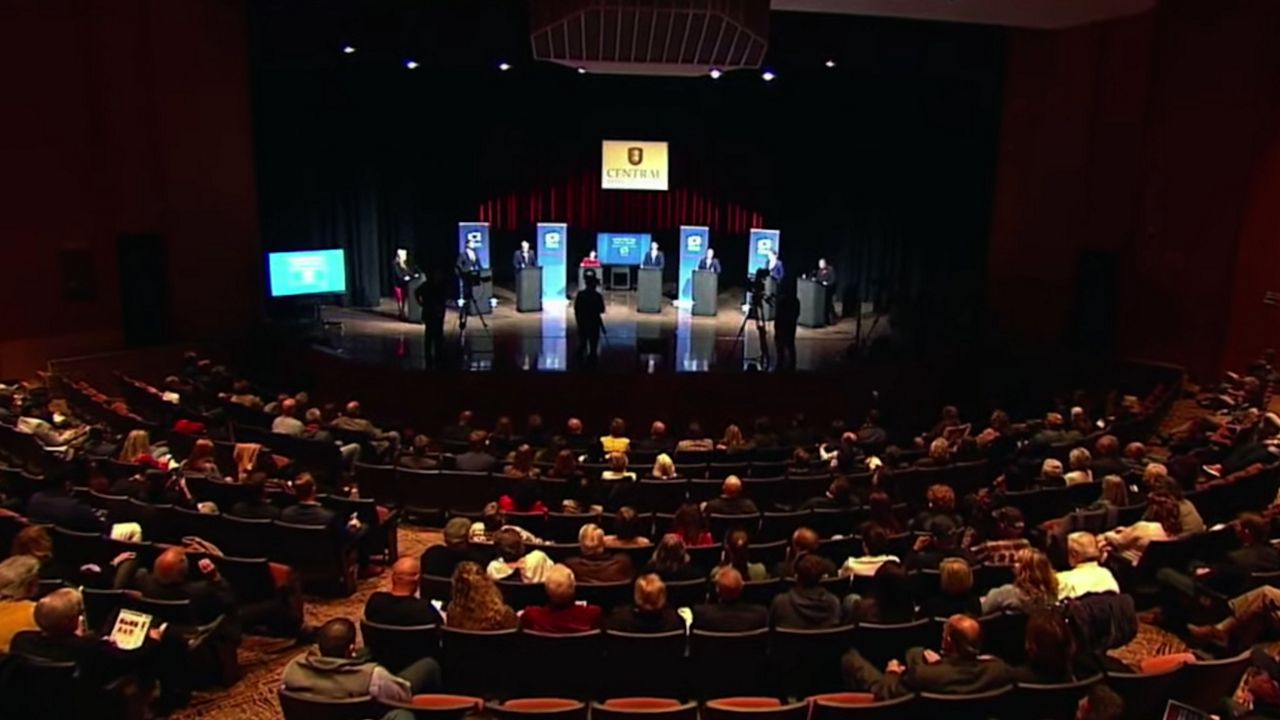 On a day full of political speeches, Central State students and staff hope the events will help spur political engagement on campus and bring renewed attention to the needs of young people across the state.

What do you want to know

Cornelius Steward, a political science student at Central State, helped organize the day’s events and guide visitors through his campus. He said the debates were a great opportunity for him and his classmates as well as the community to gain a new perspective.

“I thought it would be important to gain experience and come and see what the contestants have to say and how they portray themselves,” he said.

Steward said he wanted to keep an open mind during both debates, but with a focus on international affairs, he said he was interested to hear the candidates’ thoughts on the war in Ukraine and other global issues.

“I really don’t know what to expect,” he said as he entered the proceedings.

After both debates, Steward said he was surprised to hear both sides of the aisle finding common ground when it comes to Ukraine. Almost all of the candidates came out in favor of providing humanitarian and military aid, but rejected the idea of ​​boots on the ground or any intervention that might escalate the war.

“I think they were pretty solid in their judgment,” he said. “I think everyone is on the same page for that one.”

Another issue he wanted to hear explored was the right to vote. It was a topic he and his classmates brought up at their town hall before the debate.

“Accessibility to voting, especially in all communities, I wanted to know more about that particular topic,” he said.

Steward said he’s disappointed Democrats haven’t explored the issue in depth. During the discussion, the conversation focused on whether they would support eliminating the filibuster to pass the current voting rights legislation. However, they did not give details of the necessary reforms.

During the Republican debate, the candidates discussed the right to vote, through the lens of security, appearing to argue against accessibility. Steward wondered after the debate if the candidates could find common ground with his classmates, listening to student stories

“It’s a pretty tough ask, but I think it can be done and especially if they come up with more streamlined ways of voting,” he said.

At the end of the evening, Steward said he was impressed with the evening’s turnout. He hopes his classmates and campus visitors heard what they needed and will come to the May primary well-informed. His professor, Dr. Paul Schlag, executive director of Central State University Honor’s College, agreed.

Schlag said he hopes the event will help inspire many of his students to take a closer look at current events.

“Aristotle said that the fate of empires depends on the education of young people and I think it’s so important for us to have an educated electorate who know policies, but also know what some of the consequences of particular policies are” , did he declare.

Meanwhile, Steward was impressed that Central State had the honor of hosting, hoping it means the state is paying attention to the prospects of students like him.

“It says a lot about the political climate as far as minorities are concerned to have him in an HBCU,” Steward said.

Central State University will host its final debate in this series by the Ohio Debate Commission for Democratic gubernatorial candidates on Tuesday.

35,000 cases involving central and state governments are pending before the Supreme Court

Letters to the editor: book ban; Locate the library in the central district of Bend; Who supports Biden?; Do not pave Worrell Park | Opinion