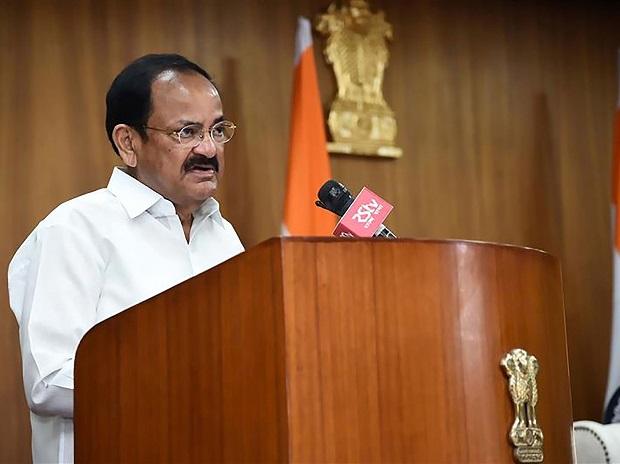 
Vice President Mr. Venkaiah Naidu said on Saturday that the central government and state governments should work together.

“Central government and state governments should work together,” he said.

Naidu added that as states grow, the nation as a whole will grow.

Emphasizing that people from other parties are only political rivals with different ideology and not enemies.

Emphasizing that all belong to the “great country of India”, Naidu said that “politicians should respect each other and not treat leaders of other parties as enemies”.

“Mother, mother tongue and homeland are important. There is nothing wrong with learning another language. But mother tongue comes first,” he said.

Naidu said Karunanidhi is an iconic leader who has put people at the center of all his actions like Farmer’s Market, Health Insurance and others.

“A multi-faceted personality, Karunanidhi made his mark in every field he was in, whether as a playwright, speaker, administrator, leader, poet, writer,” Naidu said.

It is Karunanidhi who has created a new trend in film dialogues in the world of Tamil cinema, Naidu added.

The vice president also said that during his student years, he was drawn to Karunanidhi’s speech.

(Only the title and image of this report may have been edited by Business Standard staff; the rest of the content is auto-generated from a syndicated feed.)

Business Standard has always endeavored to provide up-to-date information and commentary on developments that matter to you and that have wider political and economic implications for the country and the world. Your constant encouragement and feedback on how to improve our offering has only strengthened our resolve and commitment to these ideals. Even in these challenging times stemming from Covid-19, we remain committed to keeping you informed and updated with credible news, authoritative opinions and incisive commentary on relevant topical issues.
However, we have a request.

As we battle the economic impact of the pandemic, we need your support even more so that we can continue to bring you more great content. Our subscription model has received an encouraging response from many of you who have subscribed to our online content. More subscriptions to our online content can only help us achieve the goals of bringing you even better and more relevant content. We believe in free, fair and credible journalism. Your support through more subscriptions can help us practice the journalism we are committed to.