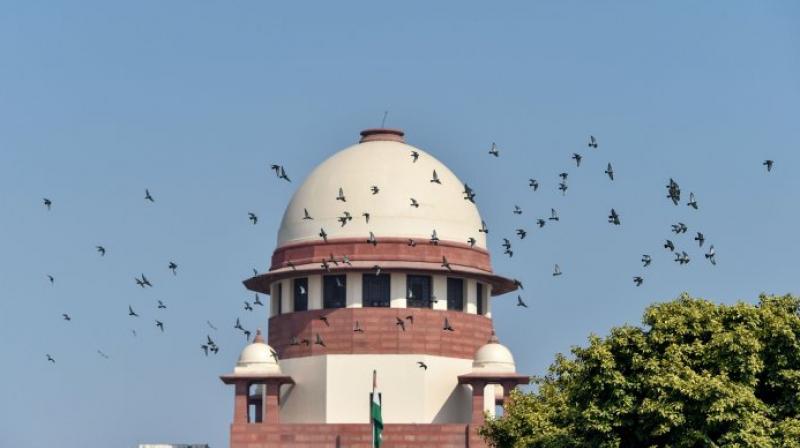 New Delhi: The Supreme Court asked an NGO petitioner on Friday whether state legislatures have the right to express their opinion on central laws or not and asked him to do further research on the subject.

The highest court heard a DIP filed by an NGO challenging the legislative competence of various state assemblies by passing resolutions against central laws such as the Citizenship Amendments Act (CAA) and the three agricultural laws claiming it falls under the Union list of the seventh annex.

The NGO made the Center and presidents of the legislative assemblies of Punjab, Rajasthan, Kerala and West Bengal parties in the petition, saying the Supreme Court is already seized of several petitions challenging the laws passed by parliament.

A bench of Chief Justice Bobde and Justices AS Bopanna and V. Ramasubr-amanian adjourned the PIL hearing after four weeks while observing, “We don’t want to create more problems than solve the problem. We will see.”

The bench asked the council to show the resolutions it opposed.

Referring to the CAA law and the Kerala Assembly resolution, Chakraborty said the state legislature has declared the central law to be contrary to the basic structure of the Constitution. “This is the opinion of the majority in the Kerala Assembly and it may not have the force of law. This is only an opinion. They simply appealed to the Center and demanded the repeal of the law. Don’t they have the right to express their opinion? They did not ask the people to disobey the central law, ”observed the judiciary.