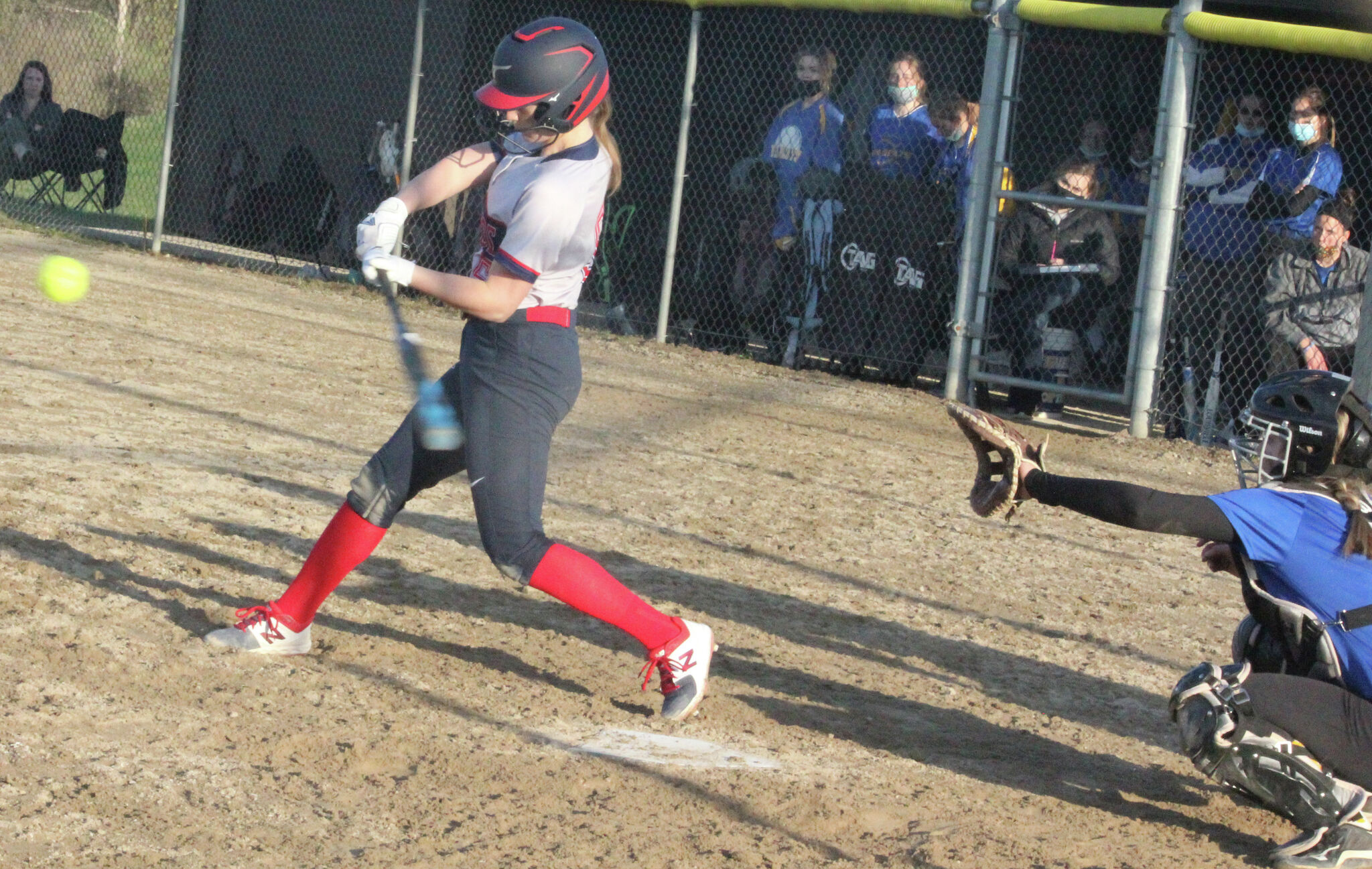 BIG RAPIDS — It was all Big Rapids on Friday in a pair of 15-0 softball Cardinals wins over the Chippewa Hills Warriors.

Rylie Haist threw a pair of hits for Big Rapids. She whipped up six batters in the first game and four in the second.

“Offensively, we were very disciplined and aggressive early on,” Big Rapids coach Dawn Thompson said. “We hit the ball with a lot of power throughout our lineup. I like that we continue to score a lot of runs with two outs. Rylie Haist was off on the mound and our defense didn’t commit a only mistake in both games.

“We went out with intensity and put it away,” Knoop said.

“Tonight’s game was our addiction awareness game,” Thompson said. “We lost one of our BRHS softball alumni, Amy Barratt, last summer to illness. Amy was a first-team all-state first baseman, an excellent student, and a person even better. We wanted to raise awareness of the disease while educating ourselves and those around us. I want to thank 10-16 and Cody Colwell for bringing information to share with our players and fans.

Big Rapids, 8-0 in CSAA Gold, is at home Tuesday against Grant. Chippewa hills is home Monday with Central Montcalm.

Evart was 1-1 in Thursday’s softball action.

Evart won the second match 3-1. Katelynn Gostlin scored a two-point brace. Gray was the winning pitcher, allowing three hits and a run while striking out 10 and walking none. JoJo Tiedt had three hits for Evart.

Amanda Hill was the winning pitcher in Game 1 for Pine River on Thursday. She fanned five batters and scattered four hits. Hill had four hits and three RBIs. Lani Spark had three RBIs.

In Game 2, Sadler Mumby was the winning pitcher, striking out seven and allowing five hits and five walks.