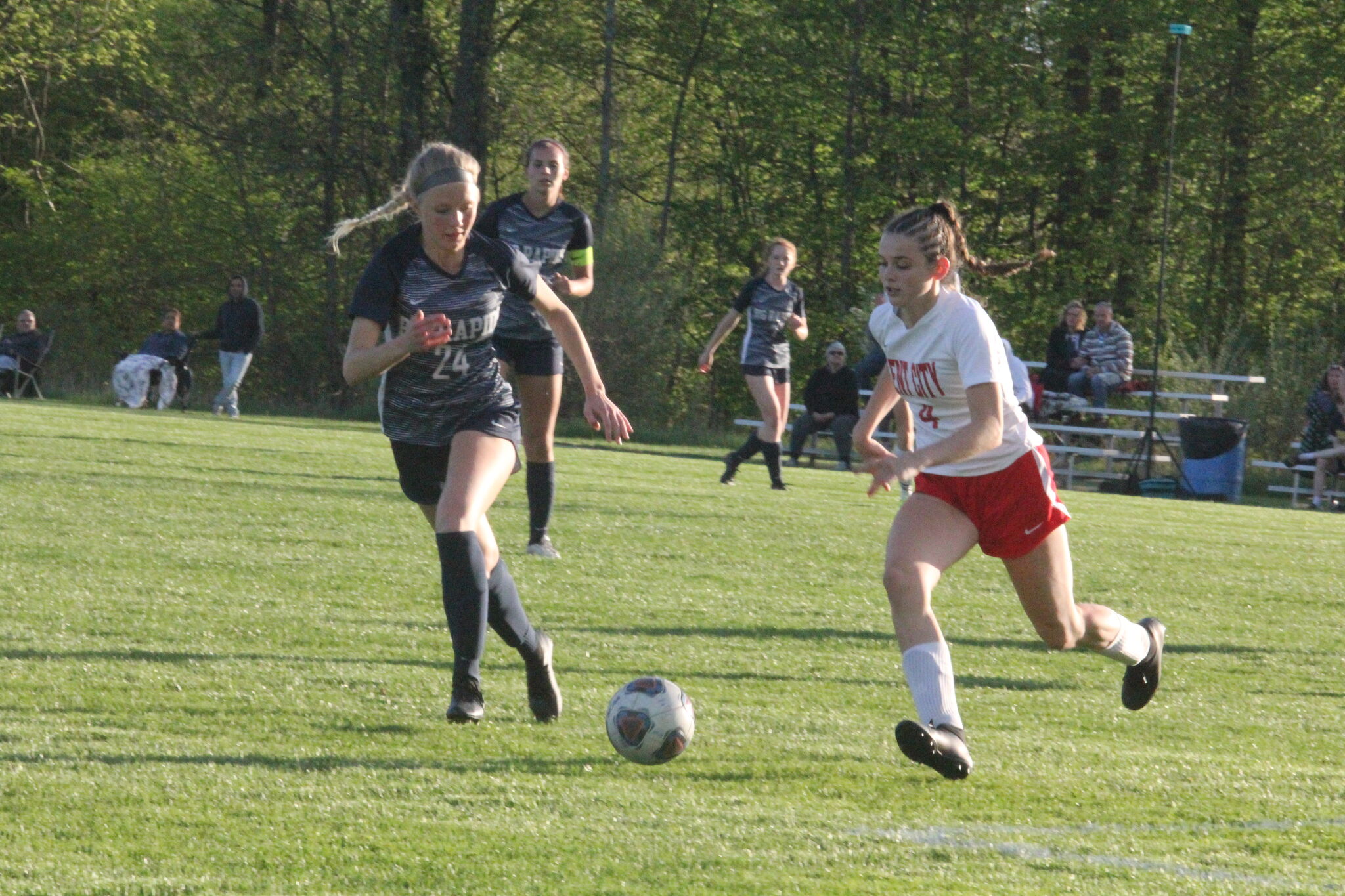 BIG RAPIDS – The first step has been taken for the Big Rapids Cardinals in their campaign for the Central State Activities Association football championship.

Rebecca Allers scored in the first half and Hadley Fox and Katie Williams converted in the second half in Monday’s 3-0 win over Kent City in a CSAA Tournament first round match.

Big Rapids had a 42-1 shooting advantage, including 20-1 on goal. Allers had six shots and four on goal while Kyra Couch had 11 shots and three on goal.

“We played a little too fast in the first half and could have slowed down and had more passes in the middle,” Big Rapids junior Julia Waltz said. “We picked it up rather than looking at a target where we wanted to go.

“The season is going well. We have faced tough teams in some tough tournaments. We worked very well as a team to build together.

Big Rapids is 10-5-2 and is coming off two losses this weekend at the Freeland Invitational.

“It was a great experience,” Big Rapids coach Curt Ray said. “We played at Saginaw Nouvel, a parochial school and I thought we had outplayed them although we had some bad turnovers. We played Freeland ranked in the top 10. We played well against them. It was just a few turnovers there that gave us scoring opportunities.

“We held on. It was one of those weekends where we had a small bench and we played two full games.

In the win over Kent City, “we tell the girls all the time that you have a target behind your back and these teams have nothing to lose,” Ray said. “They came out very physical. We did not walk in front of them. They took a lot of long balls and made us look bad in the first half.

“In the second half we came out and fixed those issues and I think we played really well. We missed some great chances. They created them so we’re happy.

Big Rapids takes on Fremont at 5 p.m. at home Wednesday in a conference semifinal game.