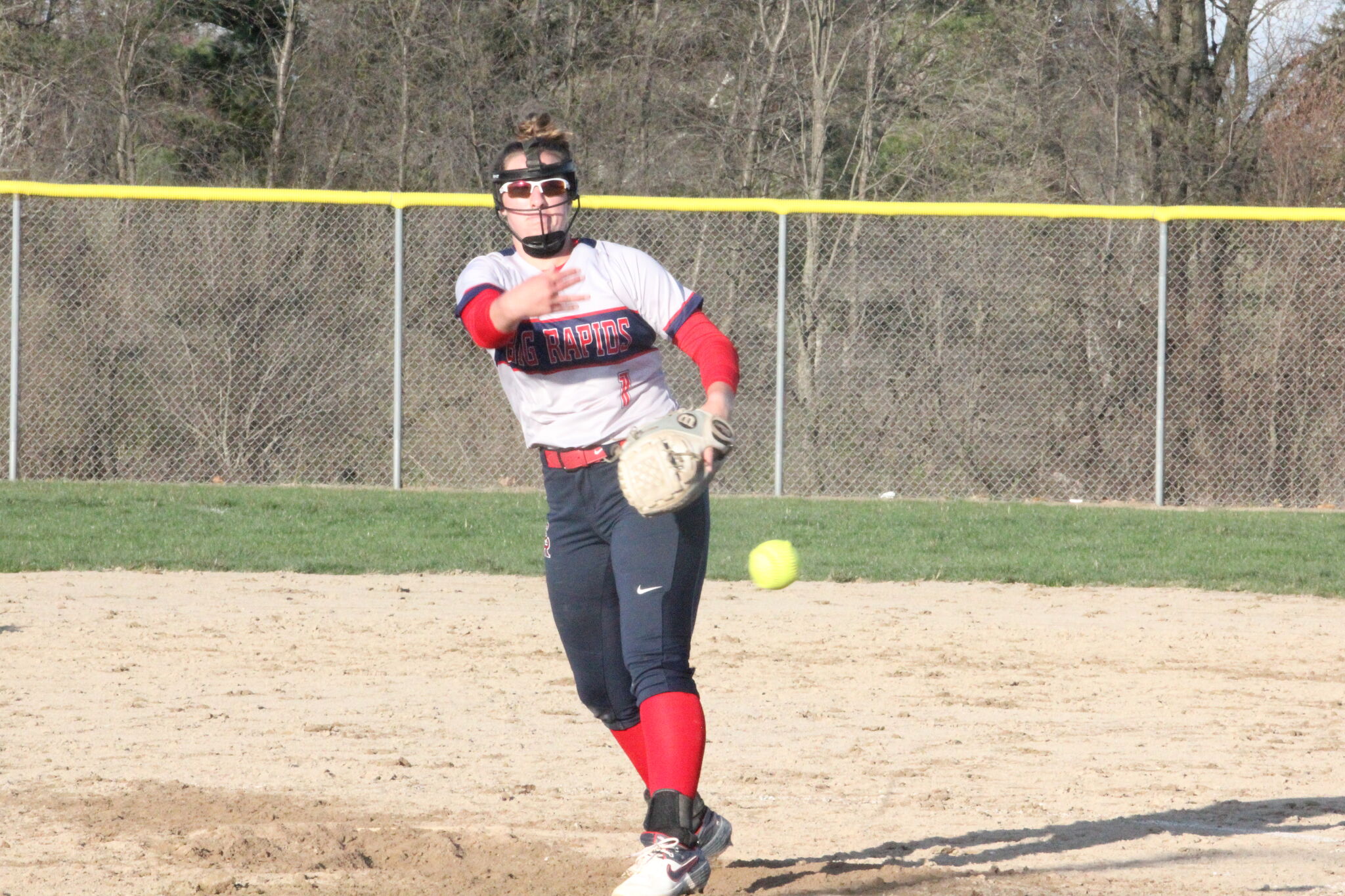 Haist pitched all five innings, allowing three hits and no walks while striking out 10.

In Game 2, Haist went all five innings, allowing one run on three hits, walking none and striking out five.

“We’re playing one game at a time,” Big Rapids coach Dawn Thompson said. “Offensively, we came out with a great approach. We were aggressive and disciplined and hit the ball really well today.

“Rylie Haist is the best pitcher in our region, in my opinion. It’s total teamwork. Every child is contributing right now. We have to focus on the ball court, regardless of our opponent.

“We all had personal growth and saw what we need to work on in practice,” Stellini said.

“We’ve come a long way this year, but Big Rapids are a solid team,” said Reed City coach Roger Steig. “We made a lot of defensive mistakes which took us down a bit. We didn’t get off to a good start. We were maybe a bit too tense.

WHITE CLOUD — Morley Stanwood’s sticks blew out in Game 1 of the CFSA Silver Division doubleheader on Tuesday. The Mohawks had 23 hits. Makenna Martin had five hits and four RBIs. Brooke Edgerly had four hits and five RBIs, Molly Griffes had three hits, Kenzie Meldrum had three RBIs. Meldrum was the winning pitcher and had five strikeouts.

In Game 2 at 12-11, the Mohawks had 13 hits. Martin, Edgerly and Graylin Walsh had three hits apiece. Martin had three RBIs and Meldrum two.

The Warriors made 10 errors but managed to overcome them and beat St. Louis 17-15. Chippewa Hills scored two runs late in the seventh for the win.

Hannah Herman and Mikayla Farrell pitched for the Warriors.

LEROY – Addy Gray was the game-winning pitcher, giving up three hits and zero runs in four innings, striking out seven and striking out one on foot. Evart had 10 hits. Gray, Thompson and Katelyn Gostlin had several hits for the winners. Gray had three hits.

Sadler Mumby was the losing pitcher.

In Game 2, Gray was the winning pitcher with no walks and nine strikeouts. Gray, Riley Brigham, Veronica Lofquist, JoJo Tiedt and Thompson have all had multiple hits.

Amanda Hill was the losing pitcher in Game 2. She withdrew four. She had two hits.