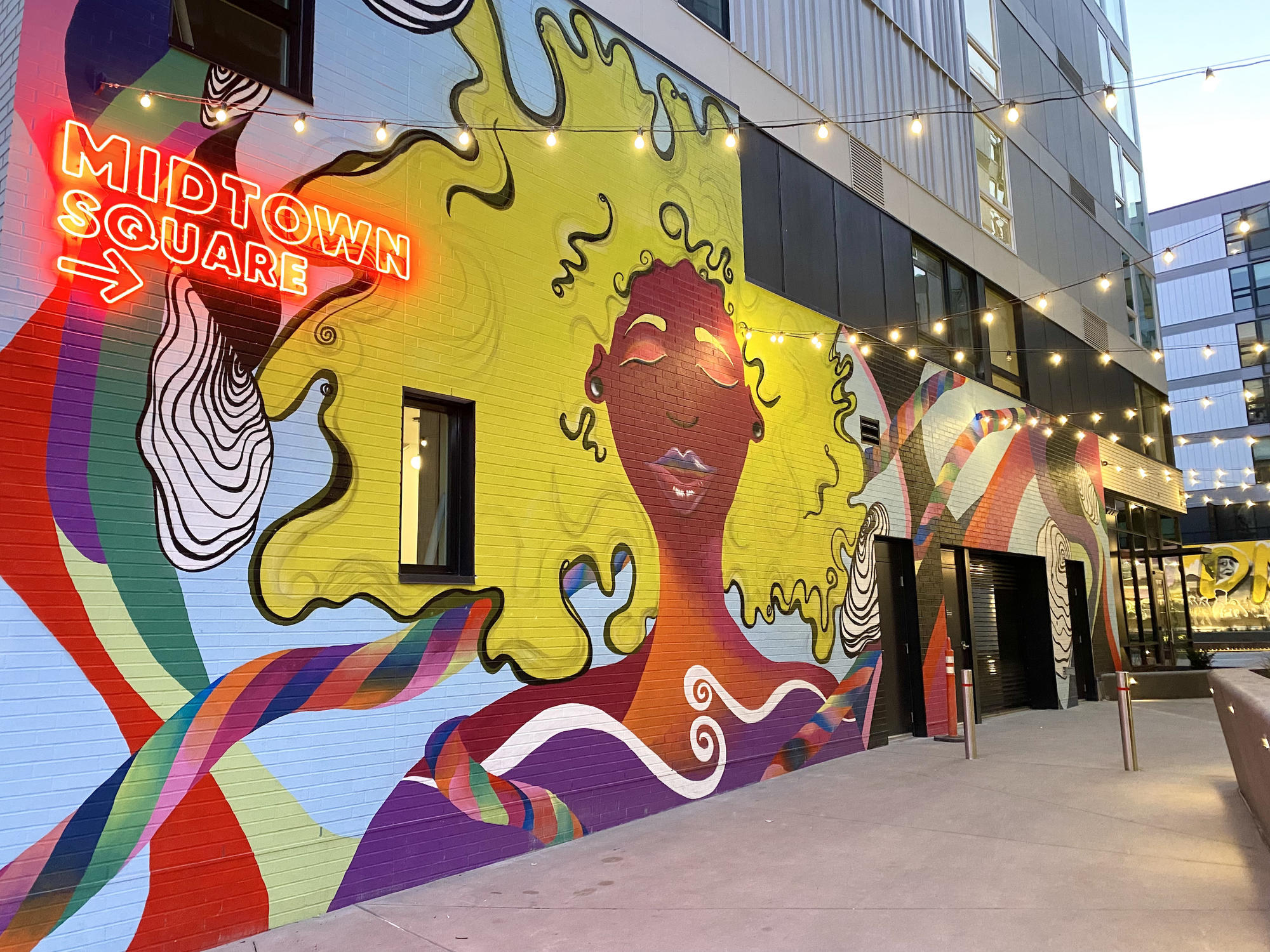 At the northeast corner of the Midtown project is a historic work of art: the resettlement of “Fountain of Triumph” by James Washington Jr..” The prominent Seattle painter and sculptor was part of the Northwest School of artists in the 1930s and 1940s and contributed to some five decades of artistic influence in the region (he died in 2000).

Washington’s minimalist yet emotive stone-carved little animals, including inconspicuous flocks of birds nestled in their feathers, are nationally recognized and included in several local museum collections, including the Seattle Art Museum. You can see two of his evocative stone works – a bird and a groundhog, each nestled in driftwood – in the new show Departures and Divisions: Variations in the American Style, 1900-1950 to Tacoma Art Museum (until September 4).

“Fountain of Triumph” was first installed at 23rd and Union in 1994, after being commissioned by the Bangasser family, who originally owned the property. The vertical sculpture depicts the salmon swimming directly upstream as a metaphor for the struggles of African Americans. It has been carefully restored by Sabah Al–Dhaher of Pratt Center for Fine ArtsThanks to James Washington Jr. and Janie Rogella Washington Foundation and developer Lake Union Partners. The room was splashed with water again when I stopped.

Midtown Square is still booming, with several black-owned businesses set to open on the ground floor, including Artblack stara new space for black arts and culture, curated by local artists Viviane Phillips. Immediately to the south of the complex will be the Africa Squarewho will hold a online celebration for his groundbreaking work this weekend (5 Feb., 12 p.m.-2 p.m.). Once this nearby affordable housing development is completed, it will also become a cultural destination with multiple art facilities.

And in a few weeks, the current generation of black artists will publicly honor an elder, as a a new sculpture by James Washington Jr. Artist Barry Johnson spent two years working with the James Washington Jr. Foundation and Midtown Project planners to design a 6-foot-tall likeness, which he had cast in bronze in Oregon. He will unveil the piece at a celebration on February 26 (6:30-8:30 p.m. in Midtown Square). In the sculpture, Washington holds one of his signature stone birds in both hands, as if supporting the little spirit until it can take flight.