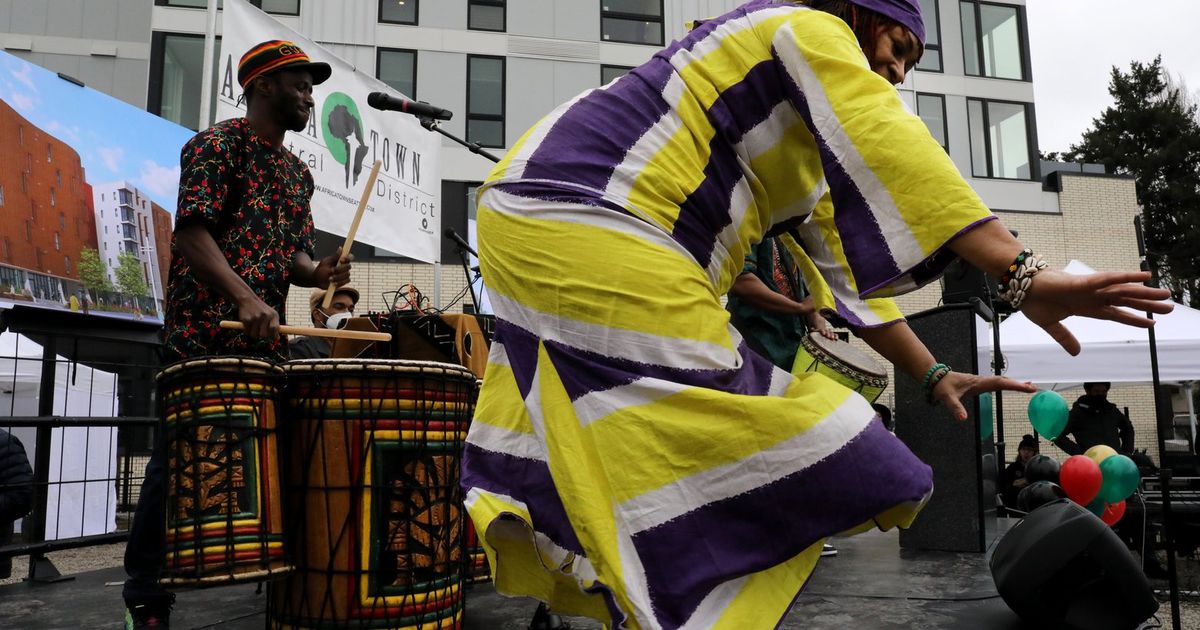 Africatown Community Land Trust on Saturday opened a new affordable housing development that supporters say will not only provide much-needed housing in the city’s Central District, but will also support black architects, planners and construction companies.

“We want to ensure that our projects maximize the empowerment of our community,” said K. Wyking Garrett, President and CEO of Africatown Community Land Trust.

The seven-story development at 23rd Avenue and East Spring Street known as Africatown Plaza is configured to include 126 affordable rental units, a community hall, retail spaces and an art collection. Housing is designed to be affordable for people earning less than 60% of median income in the region, or approximately $48,600 for a single person. The project is part of a larger effort to offset years of gentrification in the historically black neighborhood where house prices have skyrocketed, developers have transformed blocks and the black population has shrunk to 20% in 2016.

Mayor Bruce Harrell hailed the project on Saturday. “When I walked these streets as a kid, we didn’t talk about anti-displacement,” Harrell said. “We thought we would live here forever.”

“That’s what we’re here to innovate on, to innovate on a new normal rooted in fairness,” Garrett said. The general contractor for the project is a joint venture that includes a black-owned construction company. Still, “we have a long way to go” toward a time when more projects are being carried out by black developers and construction companies alone, he said. “We know there is a long way to go from surviving to thriving.”

This article has been updated to correct the amount of funding obtained for the project.