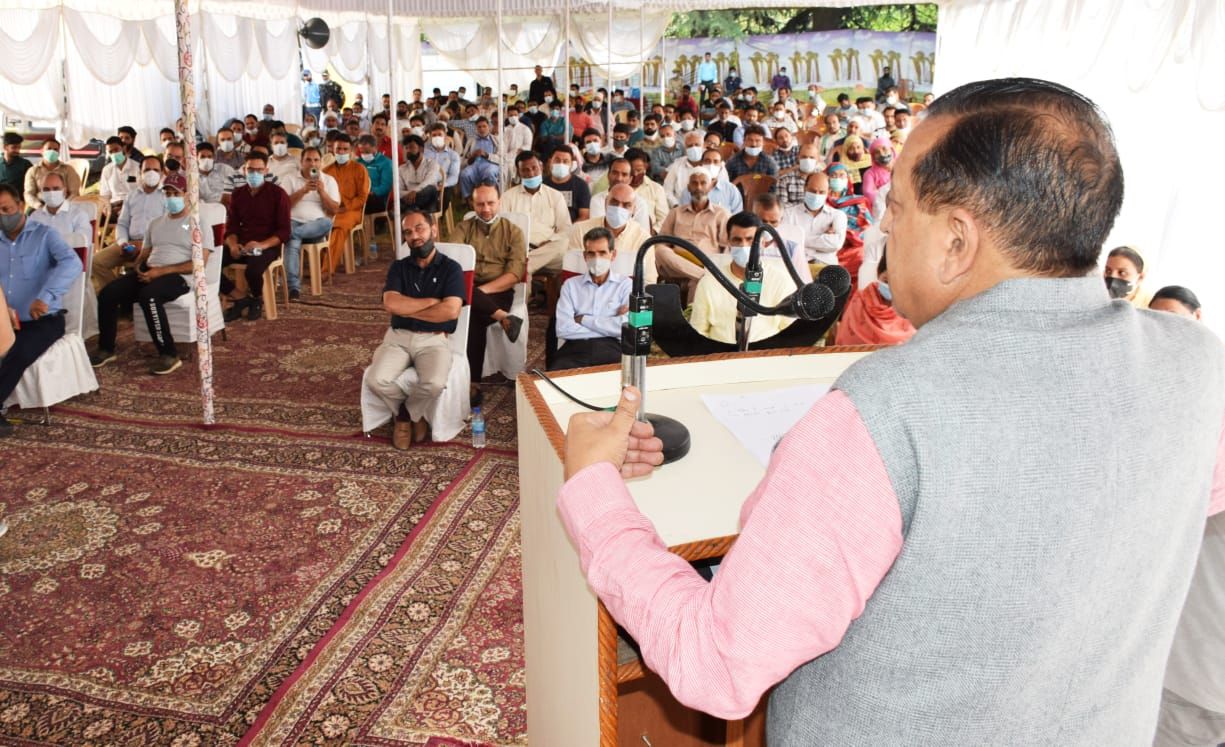 SRINAGAR: During Agriculture Minister Narendra Singh Tomar’s recent visit to Kashmir, many farmers told him about the dividends of the government’s high density apple subsidy program. A farmer in the group also informed the minister that the program was about to expire, which would leave many deprived of benefits. Immediately, the minister ordered that the program be extended for six years.

The program, launched last year, provides farmers with cash for half of the expenses incurred to plant high density apples on their land. This aims to increase production and also to introduce new varieties to the market.

Er Aijaz Hussain, former member of BDC and former national vice-president of the youth wing of BJP, said: “The presence of the Minister in Kashmir and his interaction with the local population made it possible to expand the program in one go. .

Minister Tomar’s visit was part of the central government‘s public awareness initiative, with 70 ministers due to visit Jammu and Kashmir from the second week of September. About eight ministers would visit JK every week to meet the local population, officials, representatives of the SDC and Panchayati Raj institutions. Tomar was one of the first ministers to visit this government outreach program.

“As a member of BDC, I see the visit as a game changer. What I cannot do locally, due to various issues, the minister’s visit allows, and immediately,” Aijaz added. He said that through these programs he was able to speed up the construction work of Degree College Khanmoh and do the road tarmac work. “I think these programs would change the idea of ​​development in Kashmir,” he said.

The outreach program, Aijaz said, is the result of the success of the first shorter outreach program carried out by central ministers in January this year. In addition, many standing parliamentary committees recently visited Jammu and Kashmir and included many MPs, whose presence gave impetus to governance and development here, Aijaz said.

The planned visit of 70 ministers over two months should make it possible to start development projects on the ground.

Aijaz said the benefits of this outreach would actually come after the visits are over, once the reports are submitted to the Home Office and the Prime Minister’s Office, just as happened in 2020. The MHA and the PMO then passed on the issues raised. by people to relevant departments and also reported them to the Jammu and Kashmir administration for responding, Aijaz said.

For Tauseef Raina, who is the chairman of Baramulla city council, the visit is likely to bring a lot of development without delay. He called on the Minister of Health, who recently visited Baramulla hospital, to install an MRI machine and a digital x-ray machine at the Baramulla district hospital. He also asked her to provide an air ambulance and a children’s hospital for the Baramulla district.

“The minister accepted. We took the number of his PRO, his email, through which we will be in contact. The minister said that all necessary things will be donated, ”Raina said.