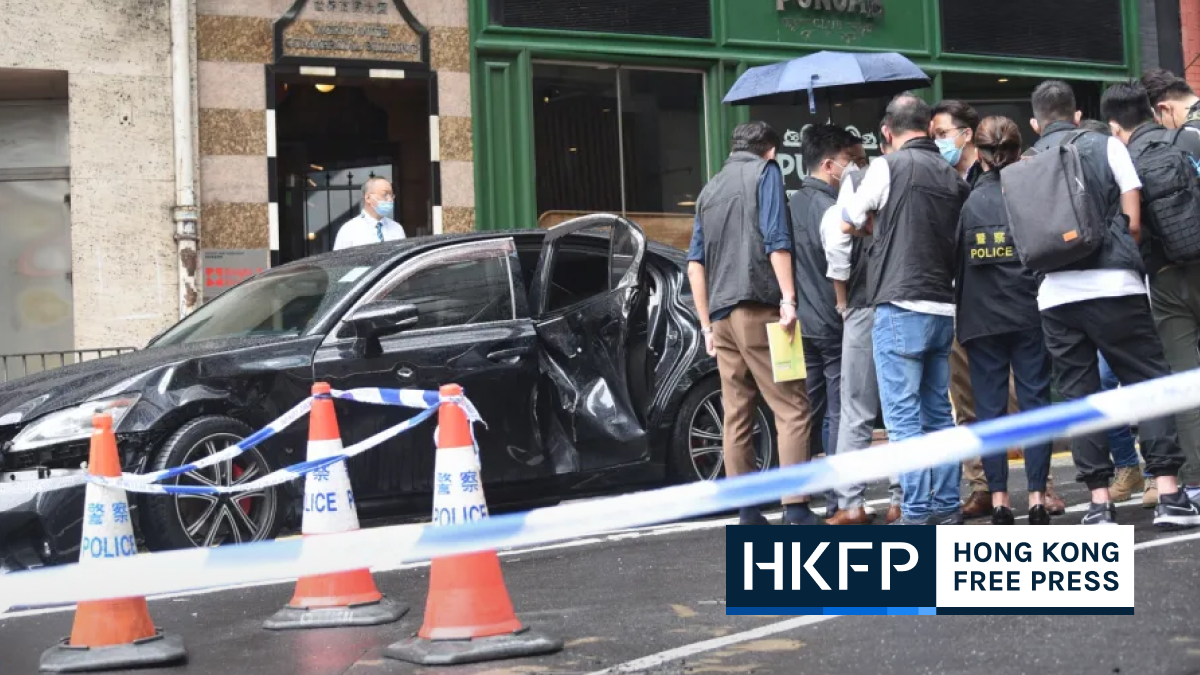 Police arrested two more men suspected of having links to a gang shooting in Central, bringing the total number of arrests to seven.

In a statement released late Thursday, authorities said the men, ages 24 and 30, were suspected of intentionally attempting to injure and possessing offensive weapons.

At around 2:40 a.m. that day, five vehicles were driving down the street when the three cars in front of them – belonging to a triad group – stopped at traffic lights. Men from a rival gang got out of the two cars behind armed knives, police said.

The attacked gang returned fire, firing at least two shots and wounding a man in the stomach before fleeing.

Police said the two rival gangs had been “at each other’s throats for some time” and engaged in disputes over gambling and drug dealing.

Authorities said in the statement that “active follow-up action” by police was underway.

Officers conducted searches in Kowloon on Monday, Tuesday and Wednesday evenings, according to the police force’s Facebook page.

“Suppression of triad activities is one of the most important operations of the police commissioner,” the message read. “The police will continue to work with other law enforcement agencies and will spare no effort to suppress the activities of the triad. There is no tolerance for illegal acts.

Photos also showed police at the Chungking and Mirador mansions. Located in Tsim Sha Tsui, both are complexes with restaurants, hotels and other businesses, and are known as hubs for ethnic minority groups in Hong Kong.

Police say six of the seven men arrested in connection with the Central shooting were of South Asian descent, while one was Chinese.

Police have also offered a HK$250,000 reward to anyone who can provide information about the incident.