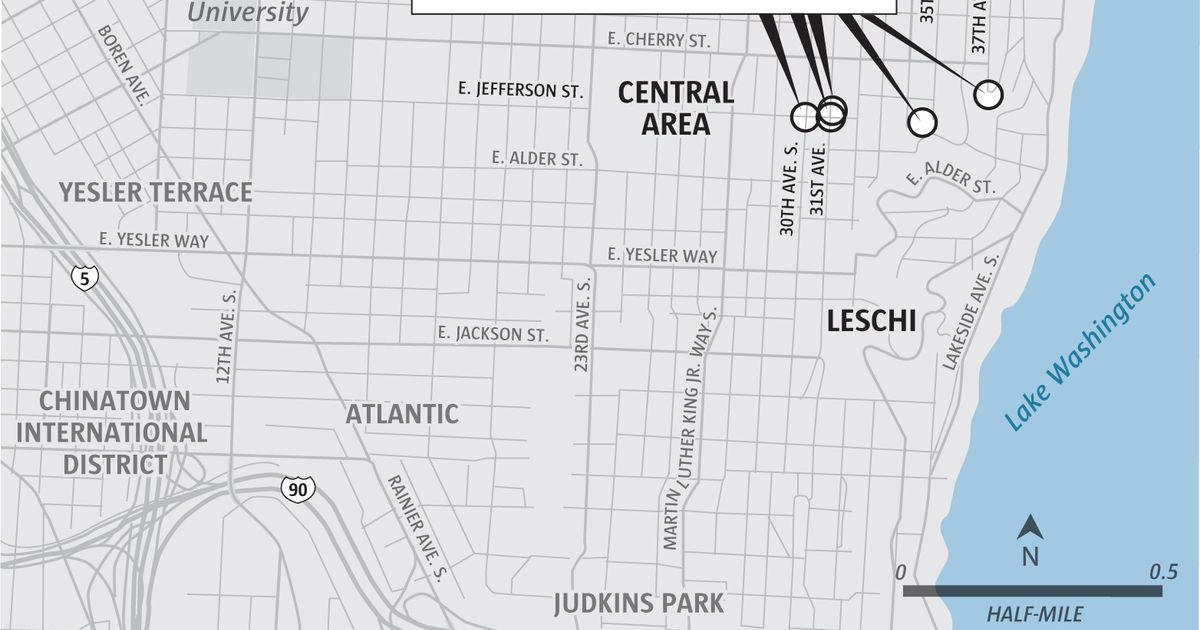 A 27-year-old man suspected of intentionally starting five fires in the Central District on Monday has been arrested, according to the Seattle Fire and Police Department.

The fires were started between 7:30 p.m. and 8:45 p.m. Monday, firefighters said, each involving nearby combustible materials. No injuries were reported.

Police and firefighters intervened for the first time in a house in block 600 of 37e Avenue where a fire was started in the front of the house and in the back stairwell using chopped firewood, patio furniture and a propane grill, the service said. fire.

After responding, authorities received several more reports of fires in the area, according to the police.

A small fire was started outside a home in the 3400 block of East Terrace Street, the fire department said, adding it was put out by the resident.

The third and fourth fires were started outside homes in Block 500 of 31st Avenue, according to firefighters. One involved combustible materials at the back of a house and the other involved patio furniture near the front entrance of another house.

The fifth was placed in the 500 block of 30e Avenue, where patio cushions stacked near the back of a home were set on fire, firefighters said.

Fire investigators determined the fires were started intentionally, according to fire department spokesman David Cuerpo, and Seattle police are leading the arson investigation.

Following these fires, Seattle Fire shared these tips to reduce the risk of arson:

On the inside homes and businesses: